Hundreds of people participated in an event aimed at the protection of the unborn and family values held at a Moscow church on Sunday. The day began with the celebration of the Divine Liturgy, after which a procession was held around the church, with children carrying images of the Bethlehem Star.

After the procession, rector Archpriest Alexander Soldatenkov and the other clergy served a moleben before the Comforter of Aborted Babies Icon of the Mother of God with a particle of the relics of the Holy Innocents. 1,120 candles arranged in the shape of a cross were lit, symbolizing the number of abortions performed daily in Russia.

The event concluded with a Christmas play by the Sunday School students of the parish.

OrthoChristian has reported on similar events held throughout Russia in past years. 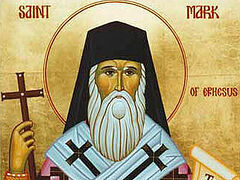 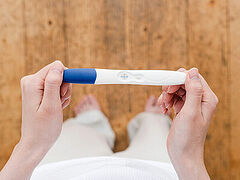 Anti-abortion opinion in Russia nearly doubled over the past 7 years
According to 13 % of the Russian population, there are no longer circumstances today that would justify the termination of pregnancy. 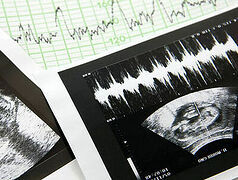 Abortions should be included in mortality statistics—Russian Church rep
Russian society has become too accustomed to legalized abortions, but including abortions in national mortality statistics could help change public perception, believes Maria Studenikina, the head of the Maternity Protection Division of the Russian Church’s Synodal Department for Social Service and Charity.
Comments
×