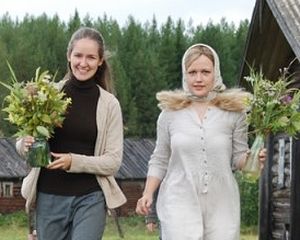 Photo: A.Pospelov/Pravoslavie.ru
Religious practice contributes to mental health and can be considered as an important method of medical treatment, reports Sedmitza.ru. This is the conclusion of a neuroscientistfrom Vienna, Raphael Bonelli, and his colleagues from Duke University who have analyzed the findings of broad-based research, published in the Journalof Religious Health. Depression, drug addiction and suicide occur among religious people much less often than among atheists, explained Bonelli in hisinterview with the Austrian news agency KATHweb.

The scientists researched all the studies on religiosity and mental health that have been published since 1990 in different countries in the world in the most-cited specialized journals on psychiatry and neurobiology. 72% of these studies show that mental health improves according to the extent of spiritual practice. In 18% of cases, there was no clear link, while in 5% of cases religiosity had a negative impact on mental health.

Similar research, carried out in 1992, came to similar conclusions. Bonelli was "shocked" by "very clear results": depending on the type of disease, evidence of the protective function of religiosity partly increased, first of all, when it dealt with depression, drug addiction and suicide. In the case of dementia results too were very promising. In view of the neuroscientist: "If religion were a medicine, then it would surely have been approved".

The results of the research radically contradict the opinion that exists particularly among psychotherapists to this day, that religion is a hindrance. In this connection, Bonelli writes that "the legacy of Sigmund Freud has become outdated". "Freud did much outstanding research, but as regards his conclusions on religion, they were conditioned by his personal anti-religious frame of mind. The observation of patients does not provide any reason to agree with his statement on religion as "a collective neurosis of obsessions," believes the scientist, who himself teaches at the Vienna University of Sigmund Freud, heads the Institute for the study of religiosity in psychiatry and psychotherapy, and has a private practice in Vienna.

The research does not describe how religion contributes to mental health. Scientists suppose that the sense of the transcendent "helps people to find their place in the world, not to be self-absorbed and their problems and to look outside more". Fulfilling the Ten Commandments develops healthy relations with the world around us. Striving to build relations with God helps develop inner stability.

Religiosity does not, of course, give 100% protection, explains Bonelli. A believer can commit suicide. However, psychiatrists can use the religiosity of a person as a useful resource that helps in the process of recovery "as he does as the family, for example".