On June 16, 2013, at 10:40 p.m., after several weeks of suffering in terrible pain, which became particularly acute during his final hours of life, Archimandrite Justin (Pârvu) departed this temporary life to the habitations of heaven, to the holy martyrs and confessors he so loved, and with whom he so longed to be united. 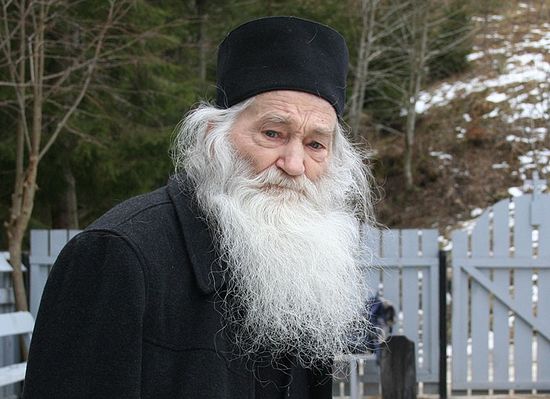 Archimandrite Justin (Parvu).
Fr. Justin (Pârvu) was born in the village of Poiana Larguliu on February 10, 1919; he entered the monastery of Durău in 1936, and in 1939 he enrolled in the Theological Seminary in the Cernica Monastery. He served as a chaplain on the Eastern Front during World War II from 1942-1944, but was imprisoned for political and religious reasons between 1948 and 1964. In 1966 Fr. Justin was received into Secu Monastery, and in 1975 he transferred to Bistrita Monasery. In the autumn of 1991, he placed the foundation stone of Petru Vodă Monastery, where he lived and served as abbot, and in 1999 he began the restoration of a convent for nuns in Paltin.

From the end of March 2013, the stomach cancer that he had secretly suffered for several years metastasized, provoking further medical complications that after martyric torments caused Archimandrite Justin’s departure to a better world. Fr. Justin is considered the last of the Romanian elders of the period of communist repression to depart this world. May God give rest to his soul! 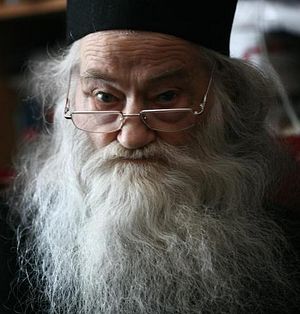 Archimandrite Justin (Parvu).
Love the poor and co-suffer with them, so that God may have mercy on you also.

Do not rebuke those who sorrow at heart, that you might not be punished with the same rod, and so that when you begin to seek for one that would have mercy on you, you might not find that there he is not there!

Remember that you also bear a mortal body, and do good to all without exception.

Discernment is higher than all other virtues.

Do not reproach anyone for their sins, but consider yourself responsible for everything, even for your neighbor’s sins.

Do not live with a proud person, so that your soul would not lose the grace of the Holy Spirit and thus become the habitation of evil passions.

He who flees the vain glory of this world feels the glory of the future life in his soul.

Hate repose and a comfortable existence, so that you might preserve your thoughts in tranquility.

Avoid meeting excessively with others and take care for your own soul, so that you might preserve peace of soul.

Avoid small sins, so that you might not fall into greater ones.

It is more profitable to resurrect your soul from the passions, contemplating the Divine, than it is to raise the dead.

Many have done amazing deeds, raised the dead, and labored in asceticism; in order to bring the lost to the path of salvation they worked great miracles. Many have been brought to God through their efforts. Later, however, those who raised the dead have fallen into shameful passions. By their sinful deeds, which became known, they have led many into temptation. In reality they themselves were sick, but instead of caring for their own spiritual health, they threw themselves into the open sea of this world in order to heal and save the souls of others, thereby ruining both their hope and their souls.

Whoever hates the seduction and distraction of the mind that comes in worldly affairs will see his Master and Lord within his heart.

So that the Lord might pay attention to our virtues, they must be accompanied by physical temperance and a pure conscience.

It is better to live with eagles than with the greedy and insatiable.

It is better to live with a crippled and outcast person than with a proud one.

Self-justification has no place in the life of a Christian, and can be found nowhere in Christ’s teachings.

If you love meekness, you will see peace within your soul. And if you become worthy to acquire peace, you will rejoice in any trial.

God forebears all our infirmities, but He cannot bear one who murmurs all the time, and He punishes him in order to correct him.

The lips and the heart that give thanks to God in any trial or temptation receive His blessing and Divine grace.

When your life is according to God, do not be saddened over afflictions and your ferocious passions, for God will take them from you one fine day. Neither fear death, because God has prepared future goodness in order to make you higher than death.