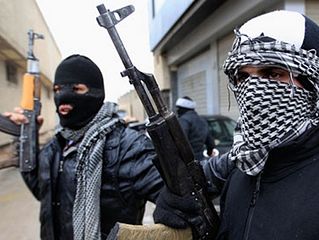 Over 1200 young citizens of the European Union's countries were recruited by extremists into participation in the warfare in Syria, the Sudan, and Somalia. This was reported January 15 by European Commissioner for Home Affairs Cecilia Malmström at a press conference in Brussels, reports Sedmitza.ru. At the same time, she did not specify for which period of time these individuals had been recruited.

"The number of young EU citizens recruited by extremist organizations is increasing. According to the official statistics, more than 1200 people left their homes and towns in order to fight on the side of militants in such countries as Syria, the Sudan, Somalia. Unfortunately, we realize that this number is much greater," admitted the European commissioner.

According to her estimation, the EU members are not giving enough attention to this issue. "European countries, as before, are too weakly resisting this increasing threat. I am calling upon everybody to tackle this problem seriously. This must be opposed at level of family, school, town, country, and EU leadership," noted Malmström.

She said that the foundation of a European knowledge center for struggle with extremism was scheduled for 2015. "If this idea is accepted by governments of the EU states, then the European Commission will appropriate 20 million Euros for the foundation of such a center," explained Malmström. Hundreds of Turkish residents fighting in Syria on the side of militants
About 500 residents of Turkey have crossed the border with Syria since 2011 in order to join militants who have been fighting there, said in a report of the Turkish Ministry for Internal Affairs, published on Wednesday.
×