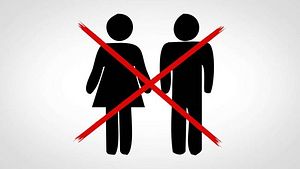 Europe is introducing the notion of "the third gender", but Bulgaria has its doubts. As late as On February 4 the European Parliament adopted the new gender's rights resolution.

Creation of the new gender stipulates two subcategories—transsexual and intersexual people, who have rights of both men and women.

Transsexual people are individuals who have changed their gender by means of an operation. Intersexual individuals have inherent sexual characteristics of a man or a woman.

The adopted resolution gives a carte blanche for the creation of "a roadmap" for the EU against homophobia and sexual orientation and sexual identity discrimination.

The European Commission and the World Health Organization are to remove homosexuality from the list of mental disorders.

Bulgaria and a number of other countries, which have not legalized same-sex "marriages", yet will be encouraged "to exchange good experiences with the states" where these marriages have become a part of life.

Should the directive be passed, homosexual couples married in other EU countries will be entitled to adopt children in Bulgaria as well.

10 of 13 Newest EU States Reject 'Gay Marriage'
Since 2004, 13 nations have joined the European Union and 10 of them either prohibit or do not recognize homosexual marriage, while the remaining three allow some legal "partnership" recognitions but not on the same level as heterosexual marriage.
Comments
×