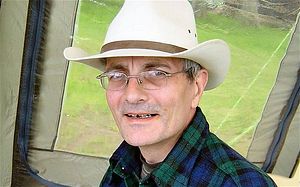 A Church of Scotland minister has been removed from his post as chaplain of a Gaelic school after describing homosexuality as a "perversion" and a “disorder”.

The Rev Donald MacInnes made the comments on a Facebook page seen by some parents of pupils at the Glasgow Gaelic School.

They complained to the city council over the remarks, with one describing them as “absolutely disgraceful”.

Mr MacInnes made the comments while criticising the Scottish Government's plans to legalise same-sex marriage.

He said: "The overwhelming support of our Scottish politicians in creating same-sex marriage is very disappointing.

"Many of us, myself included, agreed that the creation of civil partnerships was necessary so that individuals suffering from this disorder were not legally penalised in any way because of their sexuality.

"We can now expect to see the school curriculum changed to the end that our children will be taught this perversion as if it were a good thing."

One parent said she did not want her children exposed to prejudice, while another said the comments were disgraceful, adding: “It is not a disorder, you cannot choose your sexuality."

A spokesman for Glasgow City Council said that while the minister was entitled to his opinions, action had been taken because his views "were not in keeping with the ethos of the school", and the council had a duty of care to the pupils.

She added: "The man is no longer the chaplain at the school and this decision was taken by the head teacher as soon as we received the complaints from parents and reviewed the situation.

"The school did receive complaints from some parents about the inappropriate comments made and a decision was taken to review the religious observance at the school."

Donald Brown, chair of the parent council for the school, said the remarks were not in line with its stance on equality.

Mr MacInnes, the minister of Gairbraid Church in Maryhill, Glasgow, is originally from the Isle of Lewis. He refused to comment on the matter.

A spokesman for the Church of Scotland said it respected the right of head teachers to appoint the chaplain of their choice, adding: “We hope that this right will continue to be exercised with due regard to freedom of religious expression in a non-inflammatory way.”

He said the church was sorry the Rev MacInnes was no longer the chaplain, and also reiterated the Kirk’s view that homophobia was “sinful”.

The Telegraph
By Auslan Cramb We can’t dissent against 'new gay orthodoxy’, says Christian charity
Biblical scriptures are in danger of becoming too politically incorrect to be expressed in modern Britain thanks to the campaigning of gay rights activists, the Court of Appeal hears.