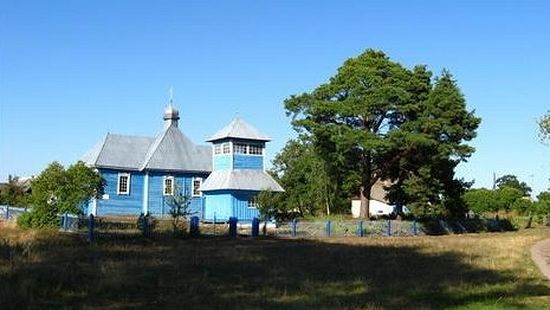 Unidentified persons have robbed the Church of Holy Martyr Parasceva in the Mesyatichi village of Pinsk district, between 12.00 of March 14 and 15.00 of March 15, reports Telegraf.by.

Breaking off the lock of the entrance door and damaging the inner door, they stole five icons, two Gospels, and one silver chalice.

A criminal case has been initiated (section 1 of article 205, the penal code of Belarus: "A covert larceny", which stipulates up to three years of imprisonment), reported the Directorate of Internal Affairs of the Brest regional executive committee.

According to earlier reports of Telegraf, in the village of Chersk of the Brest district unidentified persons had robbed St. Michael's Church, built in the 17th century. According to the church rector, robbers between 16.00 of August 4 and 07.00 of August 5 2012 forced the lock of the storage room, stole 13 icons, one Gospel, a wooden crucifix, 10 bottles of communion wine, a brocade cloth, a paten and chalice veil and 37,000 rubles from the church.