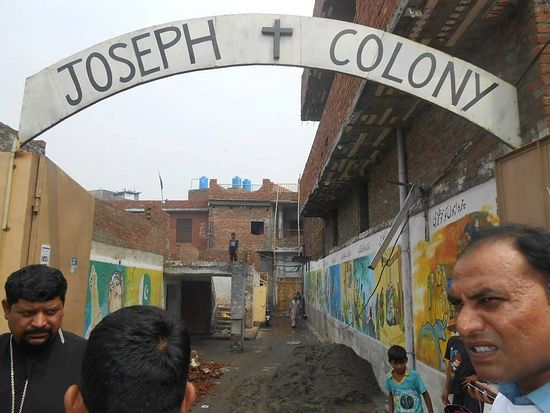 On 27, March 2014; The Additional Session Judge Ghulam Murtaza of Lahore Lower Court sentenced Sawan Masih (Pakistani Christian) to death during a trial in Central Jail Lahore. Sawan Masih was accused of making derogatory remarks against the Prophet of Islam, Hazart Muhammad. The 26 years old Sawan Masih, who is a father of three children, has consistently maintained his innocence during the year-long trial. The most common phenomena in Pakistan, those courts are under high pressure of extremists and they always give death penalty to the victims of blasphemy and the most sufferers are the religious minorities in Pakistan. The lawyer of Sawan Masih declared in the media to appeal the sentence in the Lahore High Court. 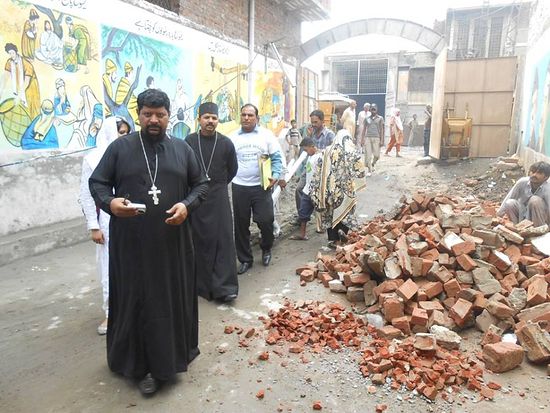 On 9, March 2013, the arson attack on the Christian settlement known as Joseph Colony Badami Bagh Lahore brought into the news another story of religious bigotry and violence among the oppressed Christian minority in Pakistan. More than 200 houses of Christian inhabitants were set on fire, two churches and dozens of Holy Bibles were also desecrated in the attack by the extremist mob of around 3000. This wanton act of violence was planed after an alleged charge of blasphemy against a Christian man Sawan Masih by a Muslim man Imran. The Government of Pakistan, law enforcement agencies, electronic media and social organizations are well aware that it was a conspiracy to grab the residential land of Chritians by the surrounding Iron Factory Owners. Right after this grieved news Fr.Joseph and Fr.Cyril ROCOR priests visited the targeted place and comforted the victims through our prayers. The victims of Joseph Colony were helped through the generous efforts by Deacon Yurij Maximov and his team. 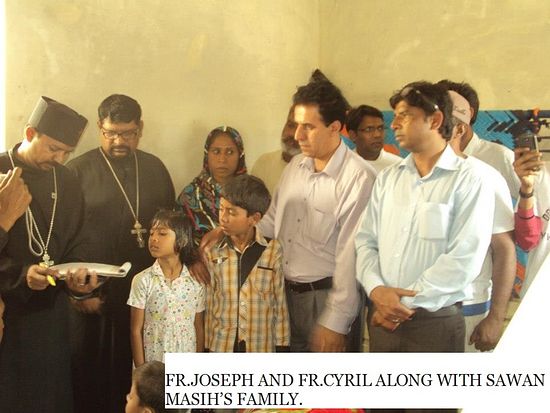 Pakistan has a dark history of intolerance, and its controversial blasphemy laws have often been used as a tool to persecute religious minorities, particularly Christians to settle personal vendettas. Pakistan has witnessed in the past that the blasphemy allegations have led to mob violence against accused persons and Christian residential areas. Human rights groups have been demanding for the repeal of these laws. The political governments are often weak and the state has been supporting, directly or indirectly, those groups which promote intolerance and violence in the country. Therefore, it seems difficult at this stage that these laws will be repealed easily. However the state should review the blasphemy laws those put many innocent people’s lives on risk. 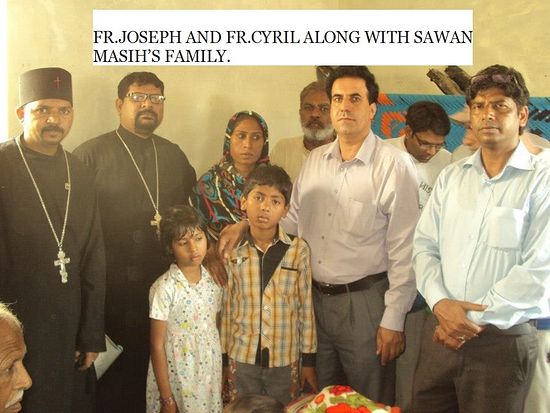 Father Joseph Farooq4/10/2014 10:36 pm
Honourable Website:http://www.pravoslavie.ru/english
I am thankful for your passionate contribution and providing a place on your website for ROCOR Mission in Pakistan. I am thankful to all the readers for their prayers and spiritual attachment and unity.May God give you strength and fortress during the Lent!
Yours in Christ Jesus,asking for your prayers for my health and endurance.
×