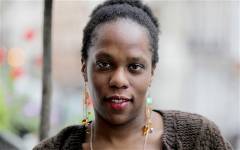 Sarah Mbuyi
A Christian child-care worker has been added to the growing list of workers who are discovering that their faith is no longer tolerated in polite society, she alleges.

Sarah Mbuyi, who was employed by Newpark Childcare, a London-based organization, since last April, was terminated following a disciplinary meeting, prompted by a complaint by a lesbian co-worker.

Her employers determined that she had harassed her co-worker, which behaviour, they concluded, amounted to ‘gross misconduct.’ During the disciplinary meeting she was asked her opinion on reading books to the children that featured same-sex parents. She stated that she would not be able to do so.

It appears that Miss Mbuyi never hid her faith but had had at least a few conversations with the lesbian co-worker about it, even visiting her in the hospital after an accident and giving her a Bible. Mbuyi asserts that she stated her opinion on the Bible’s teaching about homosexuality only after being asked by the co-worker about it.

“If I tell you that God is OK with that I am lying to you,” she stated – after being invited to express her opinion by her co-worker, in what she now recognizes was meant to provoke her.

Mbuyi had added that God “does love you and says you should come to Him as you are.” At that point, she claims, the co-worker “became emotional and went off to report me to my manager."

She described her disciplinary hearing as “hopelessly one-sided because they put my accuser's claims to me as fact, without any forewarning and so I wasn't prepared. It seemed to me they had already made up their minds to justify sacking me, before hearing my side of the story.”

Mguyi has charged Newpark Childcare with wrongful dismissal, asserting that she was fired for her religious beliefs.

The suit comes just after British Prime Minister David Cameron controversially stated that “we should be more confident about our status as a Christian country, more ambitious about expanding the role of faith-based organisations, and, frankly, more evangelical about a faith that compels us to get out there and make a difference to people's lives.”

The prime minister, however, was the driving force behind the country’s same-sex “marriage” legislation, and has been accused of advocating a “fluffy” version of Christianity.

Some people, like Andrea Williams, chief executive of the Christian Legal Centre, are seeing this as a test case for the Prime Minister’s words. The group is representing Miss Mbuyi in the case. “Sharing Biblical truths out of genuine love and concern for colleagues,” definitely meets the litmus test of civil discourse, Williams believes.