Metropolitan Amfilohije of Montenegro and the Littoral has stated that the revived spirit of neofascism is sowing seeds of discord, “trying to cause a quarrel between brothers in the Ukraine and Russia”. 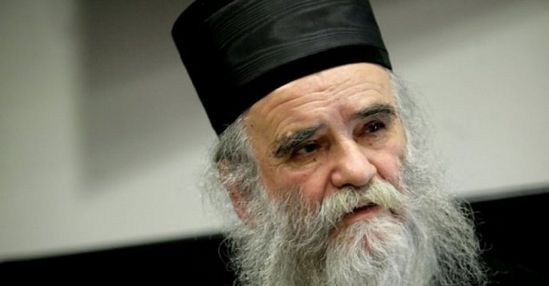 The hierarch said these words during the solemn cross procession, dedicated to the feast-day of Holy Hierarch Basil of Ostrog, which gathered bishops and priests of the Serbian and Russian Orthodox Churches in Montenegro this year. President of the Serbian Republic Milorad Dodik, ambassadors of Russia and the Ukraine to Montenegro as well as representatives of the Office for Religious Affairs at the Serbian government also took part in the cross procession.

The metropolitan recalled the statements of some European politicians, who expressed their open discontent with the fact that the present Russian government and president Vladimir Putin are defending Orthodox traditions and the Church.

Remembering the statement of the NATO secretary-general Anders Fogh Rasmussen that America and Europe had bombed Serbia and Montenegro, “defending Kosovo and Metodija from genocide”, the metropolitan stressed that their actions were not a defense against genocide, but rather its continuation. The hierarch has wondered who will answer for destruction of hundreds of churches, killing of people, crimes, and razing of houses.

According to Metropolitan Amfilohije, this genocide found continuation in the recent events in Odessa, where innocent people died in extreme suffering. The hierarch has concluded that if this is truly the so-called path to attainment of human rights, freedom and democracy, then there is no democracy in it any more, and “demonocracy has started ruling the world”.

The metropolitan has stressed that the Montenegrin authorities, joining the European Union in the sanctions against Russia, “are adding fuel to the fire in which people were burned alive in Odessa”. Vandals desecrate Phoenix church with 'fascist symbols'
Members of a north Phoenix Serbian parish coming in for Orthodox Christmas services on Wednesday morning were horrified to see their church had been vandalized with fascist symbols, according to a church spokesman.