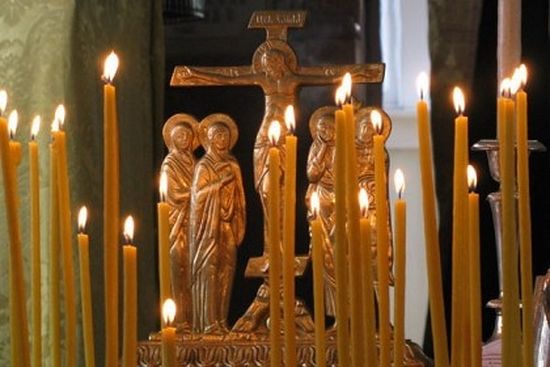 With the blessing of Archbishop Mitrophan of Horlivka and Sloviansk on Sunday, May 4, in all churches of the Diocese of Horlivka a memorial service was performed for the repose of all victims of the fratricidal war which has gripped the Ukraine.

At every Divine Liturgy churches of the diocese pray not only for restoration of peace in the country, but also for repose of "those killed during the internecine war", reports the diocese's website.

In Sloviansk, Kramatorsk and a number of other towns of the diocese the Ukrainian army is currently fighting against the people's militia, as a result of which civilian residents are being killed. The Church has more than once called and is now calling to stop the bloodshed and to sit down at the negotiating table. His Holiness Patriarch Kirill: “One of the most important concerns of our Church today is prayer and work for a resolution to what is currently happening in the Ukraine”
His Holiness Patriarch Kirill
The Church must conduct pastoral work for the care of souls, pray, and make peace between people; but under no circumstances must it serve one or another political view, position, or concept.” This allows the Church to remain outside of a conflict, and carry on its work of bringing peace between the conflicting sides. Lugansk region praying to the Mother of God for peace in the Ukraine
On February 19, His Eminence Archbishop Metrophanes (Mitrofan) of Lugansk and Alchevsk led a prayer service before the Lugansk Icon of the Mother of God with the clergy of the Lugansk Archdiocese concelebrating.
Comments
×