Your teeth look great — now tell me about Orthodoxy 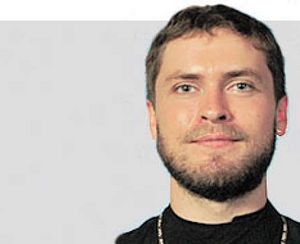 “I hear you’re a minister,” the hygienist remarked, fastening the bib around my neck for a dental cleaning. “May I ask what kind?”

“Eastern Orthodox,” I said quickly, as the tools of her trade descended. Hygienists are often good conversationalists.

Ironic, given the complications faced by those on the other side of the dialogue.

My reply was unhelpful.

“Forgive my ignorance, but that’s not Christian, right? So you’re Jewish?”

I responded by rephrasing that I was an “Orthodox Christian.”

“Where does that fit in?” she proceeded. “I’m Protestant, and I know about Catholicism, but ‘Orthodox’ is a new one.”

I waited for a break in the scaling before replying: “We’re actually the oldest church.”

Her brow furrowed, and I attempted elaboration before the tools returned to work. “Pentecost is coming up, when the Holy Spirit descended 50 days after the Resurrection. That’s when my church started. A thousand years later, one part broke away and became Catholicism, and Protestantism separated from them another 500 years after that.”

Long pause. Either she was thinking, or realized it was risky getting me to talk. After commenting on some calculus, she continued: “So what do you believe? God, obviously, and Jesus. Do you believe Jesus is human and divine?”

I had to speak in sound bites, when I could speak. “We believe in God the Father, his son Jesus, and the Holy Spirit (we call them the Holy Trinity). And we believe Jesus is both God and man. We say he’s ‘of one essence’ with the Father.”

“Sounds a bit technical,” she pondered. (Good thing I didn’t say “homoousios”). “But I feel like I’ve heard that before.”

“These are basic doctrines most Christians accept, even though most don’t know where they came from,” I explained.

“In a sense,” I measured. “The Trinity, and the two natures of Christ — his being both God and man — are in there, but not in so many words. Scripture has to be interpreted. People have sometimes interpreted it in ways that made Christ inferior to the Father, or made him not even human.”

“So how did that get resolved?”

The cleaning was almost over, but I had one last opportunity.

“There was a council of all the bishops (the successors to the apostles), who got together in 325 to provide a proper interpretation of Scripture. We call it the Nicene Creed, and it guides our understanding of Scripture to this day.”

“If Orthodoxy came first, and has all these answers, why have I never heard of it before?”

Her question piqued more than when the ultrasonic scaler hit some dentin. She’d found the greatest deficiency in Orthodoxy.

“Because we’ve done a lousy job spreading the news,” I replied.

“Well good luck with that,” she summarized, “and come back in six months.”

The Rev. Barnabas Powell also is a freelance writer who began his career at The Chieftain while pastor of Pueblo¹s St. Michael¹s Orthodox Church. He now lives in Washington state, and may be reached at barnabaspowell@yahoo.com. Sermon: Sunday of the Fathers of the First Ecumenical Council
Fr. Milan Medakovic Khabarovsk churches will distribute pamphlets about Orthodoxy in Chinese
In Khabarovsk, 1,000 copies were printed of pamphlets in Chinese, which outline the basic teachings of the Orthodox Faith. The First Ecumenical Council
The First Ecumenical Council was summoned by Emperor Constantine the Great in 325, May 20th. The Council assembled at Nicaea in the province of Bithynia of Asia Minor and was formally opened by Constantine himself. The Council passed 20 canons including the Nicene Creed (described below), the Canon of Holy Scripture (Holy Bible), and established the celebration of Pascha (Easter).
Comments

Freesmile@yahoo.de11/8/2014 11:47 pm
Does really exist such an ignorant person? Unbelievable. United States are often a surprise
×