Russian Chapel to be Erected in Norway 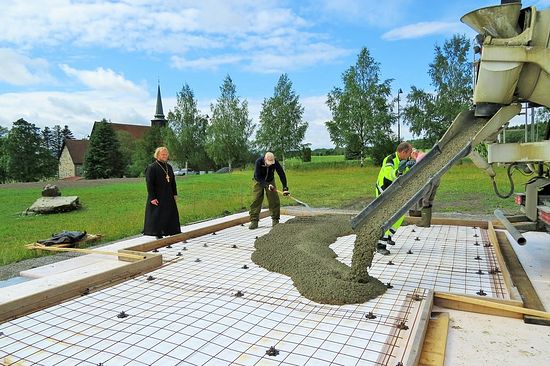 On July 16, 2014, work on the construction of an Orthodox chapel in honor of Holy King Olaf of Norway (c. 995-1030, feast: July 29/August 11) in Stiklestad (100 kilometers from Trondheim) began with the laying of the foundation, reports the website of the Department of External Church Relations. The chapel is being built on the site of the martyrdom in 1030 of “Norway’s everlasting king” and patron-saint.

The foundation stone and a parcel of land on the territory of the National Cultural Center of Stiklestad were blessed by Archbishop Mark of Yegoryevsk, head of the Moscow Patriarchate's Administration for Foreign Institutions, on July 28, 2013 – on the feast of the Baptism of Russia and the day before the feast-day of Holy King and Passion-Bearer Olaf. In 2003 the main church was consecrated in Folldal by then Bishop Ilarion (Alfeyev) – now Metropolitan of Volokolamsk and head of the Department of External Church Relations of the Moscow Patriarchate. 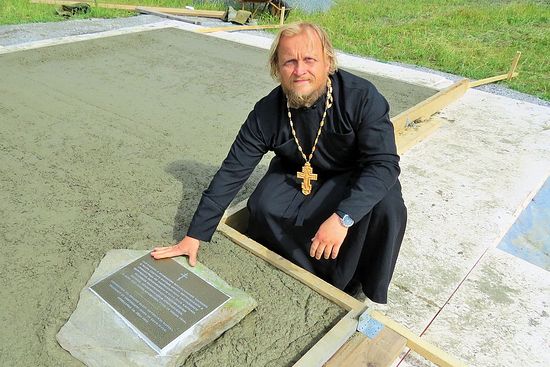 Work on the construction of the chapel is to be completed by the end of August this year – the jubilee year when the 1000th anniversary of Holy King Olaf’s baptism in Rouen (France) is celebrated. In connection with this memorial date, a Divine Liturgy and a prayer service (moleben) are to be celebrated on October 16 at the Orthodox chapel of Steklestad by an assembly of Orthodox clergy. A Dream Becomes Reality. The Church of St. George in Viljakainen, Finland

A Dream Becomes Reality. The Church of St. George in Viljakainen, Finland
On Thursday August 15, the long-time dream of an Orthodox Finn has come true--the church he built in his homeland was opened to all. “Anything is possible,” says Pekka A. Viljakainen, “it just takes a lot of energy, time and passion.” We present a photo display of the process. Secular Sweden Sees No Problem in Sending Christian Converts Back to Iran?
Charisma News reports that Sweden is denying religious refugee status to Iranian Christians, threatening to extradite them. Applicants complain that secular immigration judges don't understand the risks they face back home in Iran as converts.
Comments
×