The 700th Anniversary of Sergius of Radonezh: 8.6 Million Russian Residents Visit the Lavra 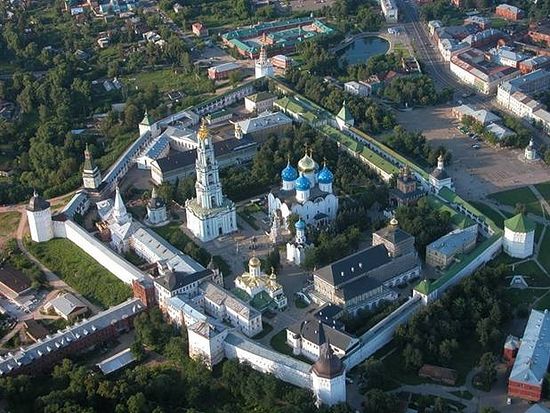 6% of the population of Russia has visited the Holy Trinity-St. Sergius Lavra in Sergiev Posad; another 8% have not been to it but would like to visit it, reports the Sreda Research Service’s website. The founder of the monastery, St. Sergius of Radonezh, ranks as the second most frequently commemorated saint born in the land of Russia.

According to the All-Russian survey, 6% of the residents of Russia have been to the Lavra. Muscovites are the most frequent visitors to the Lavra: every fourth citizen (25%) has already paid a visit there. The monastery is also visited more often than usual by residents of the Central Federal District (16% of the population1), citizens with higher education (12%), residents of small cities with a population of between 50,000 and 250,000 (11%), Russian residents older than 60 years old (10%), citizens with the highest income (9%), as well as members of the Russian Orthodox Church (8%). The rarest visitors are workers, Russian residents with secondary and lower education, villagers, and residents of the Siberian Federal District.

As part of the All-Russian representative poll, the Sreda Service asked Russians to give names of “Russian saints whom you know, who were born in the Russian land” (the question without tips or variants of answers). According to the poll results, the second most popular saint is St. Sergius of Radonezh – 14% of the citizens named him. St. Sergius is best known among Muscovites (29%), residents of the Central Federal District (23%), citizens older than 60 years old (21%) and Russian residents with higher education (21%). Blessed Matrona of Moscow takes the first place (as the poll results show), while St. Seraphim of Sarov ranks third.

It should also be noted that as part of the All-Russian representative poll, carried out recently by the All-Russia Center for the Study of Public Opinion, the respondents were asked the closed question: “Do you know personally, did you hear before or do you now hear for the first time the name of Sergius of Radonezh?” with variants of reply. With such a statement of the question, St. Sergius’ name proved to be known to 72% of Russian residents. From them, 24% are well-informed about who he is, while 48% have heard of him but do not know any details.

The sampling of the All-Russian representative poll, 2014, was 1500 respondents older than 18 years old. The poll was carried out by the Sreda Research Service. The respondents were given the following questions:

1 Here and hereafter the percent of those who agree with the given statement within the stated group is cited in parentheses.
See also Cross in Honour of St. Sergius of Radonezh Erected in Canada

Cross in Honour of St. Sergius of Radonezh Erected in Canada
The rector, Fr. Maxim (Abroskin), read the canon to the Life-Giving Cross, and then during the singing of the Thrice Holy hymn (“Holy God”) the three-meter wooden cross was erected on the pedestal that had been prepared in advance. Festive reception at Russia’s General Consulate in New York on the occasion of 700th birthday of St. Sergius of Radonezh

Festive reception at Russia’s General Consulate in New York on the occasion of 700th birthday of St. Sergius of Radonezh
It was the first event in the chain of festive activities to be held in the USA to celebrate St. Sergius’s birthday.
Comments
×