Millions of People Became Victims of Religious Conflicts in 2013 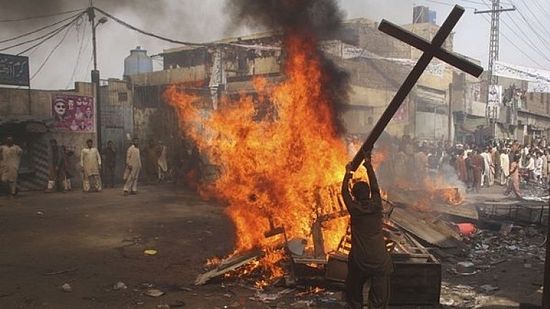 According to the published report of the USA State Department on freedom of religion, millions of believers worldwide suffered from religious persecutions in 2013 and were forced to leave their homes, reports Interfax-Religion.

Specifically, there are very few Christians left in Syria as a result of the three-year crisis in the country. The report notes that before the beginning of the war there had been 160,000 Christian citizens in the Syrian city of Homs. However, there are only 1000 of them today.

The State Department is also concerned about the escalation of religious violence in the Central African Republic where there are skirmishes between Christians and Muslims. In December 2013, at least 700 people were killed in the city of Bangui (the republic’s capital) as a result of the conflicts. In addition to this, over a million of people had to abandon their homes.

“All over the world, people are becoming victims of discrimination, violence and aggression merely because they confess one or another faith,” the report reads.

According to the USA State Department, the most common cases of religious persecution have been recorded in Pakistan, Egypt, Saudi Arabia, Iran, China, and Bangladesh. A video published in which an ISIS militant destroys the grave of Prophet Jonah
The ISIS terrorist organization that seized a part of Iraq has published on the internet a video with one shocking moment – a militant in black clothes with a sledgehammer is shattering gravestones, breaking them into pieces. Jesuit Priest Who Refused to Leave Syria Is Assassinated in Homs

Jesuit Priest Who Refused to Leave Syria Is Assassinated in Homs
Dutch priest Frans van der Lugt was shot and killed outside of his home in Homs, Syria, on Monday.