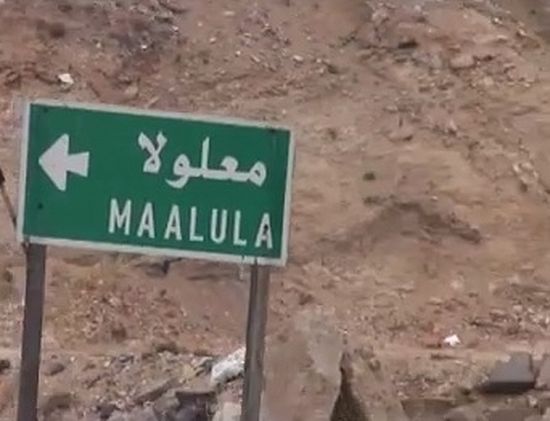 A radical Jabhat al-Nusra "opposition" group, which occupied the small Christian town of Ma'loula in Syria in the last months of 2013, desecrated absolutely all shrines of the town, reports al Hadas portal with the reference to materials of the al Akhbar Lebanese newspaper.

According to evidence of eyewitnesses who fled from Ma'loula during the latest warfare in the region, members of al Nusra tried to change the religious and architectural-historical look of the ancient Christian town entirely: completely destroying some churches, the militants brought down all bells from other ones. The fate of two other world-famous monuments of Ma'loula was no less tragic: extremists blew up the statue of Christ the Savior, which had stood at the entrance of St. Thecla Convent, as well as the statue of the Most Holy Virgin Mary, which had stood close to the Safir hotel, the latter of which served as the main shelter for Takfirists for many months.

Nevertheless, many artifacts that were stolen from the town have survived, becoming smuggled goods. According to the information received by al Akhbar from reliable sources, the al Nusra militants are currently the most active dealers of black market antiques of the Middle East. Local smugglers are helping with "exporting" of the Ma'loula's antiquities abroad, transporting Christian monuments to many European countries—mainly to Italy and Turkey. It was reported that a great number of ancient icons, (icon) settings, crosses, reliquaries, and statues have already been taken out from Syria and sent abroad.

In close connection with this, there are ongoing attempts to release the Ma'loula nuns, who disappeared from the town in December 2013. Last week, Robert Abiad, head of the Lebanese Orthodox Council, accompanied by relatives of the kidnapped nuns from St. Thecla Convent, met with major general Abbas Ibrahim, chief of the Lebanese security service. In his interview with al Akhbar following the meeting, R. Abiad noted that "the negotiations were very fruitful, for all possible, serious efforts were being made to secure the release the kidnapped nuns." "Fortunately, security forces of Iraq have also joined negotiations with the kidnappers, as one of the abducted girls is a citizen of the Iraqi Republic," added the head of the Council.

Moreover, as it became known, on Sunday militants from the Jabhat al Nusra group had abducted Archbishop Abdo Arish, brother of the Metropolitan of Melkite Catholic Church in Homs, in the Syrian town of Ma'loula, reports ITAR-TASS. Persecution of Christians: no room at the inn
That the message of peace and goodwill is not a political reality for a significant minority of the world's Christians should concern religious and non-religious alike.