Vladimir Putin: “We are restoring historical truth about World War I”

The ceremony of unveiling of the monument to the fallen heroes of the World War I was organized on Poklonnaya Hill in Moscow. One of the key events, dedicated to the 100th anniversary since the beginning of World War I, took place on August 1. Russian president Vladimir Putin took part in the ceremony. 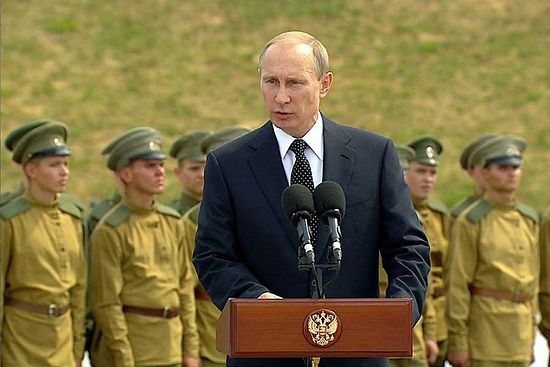 “Now we are restoring the historical truth about World War I,” noted the president in his speech at the opening ceremony, “and countless examples of personal courage, military valor, and true patriotism of the Russian soldiers and officers and the whole Russian society are revealed to us. The role of Russia in that difficult, crucial time for the world, especially at the pre-war period, is coming to light. It clearly reflects the key character trait of our country, of our people.

“Over many centuries, Russia stood for strong and trust-based relations between countries. It was the same on the eve of WWI, when Russia did its best to persuade Europe to solve the conflict between Serbia and Austria-Hungary peacefully and without bloodshed. But Russia was not heard, and it had to answer the challenge, defending its Slavic brothers and protecting itself and its citizens from the external threat”.

“Russia fulfilled its allied duties. Its campaigns in Prussia and Galicia frustrated the enemy’s plans, enabled the allies to hold the front and protect Paris, and made the enemy throw a considerable part of its troops to the east, where the Russian regiments fought bravely. Russia managed to hold back this attack and then to take the offensive. And the whole world heard about the legendary “Brusilov breakthrough” (after the general Alexei Brusilov).

“However, this victory was stolen from our country. It was stolen by those who had called for the defeat of their own motherland, their army, spread strife inside Russia, thirsted for power, and betrayed their own national interests”. 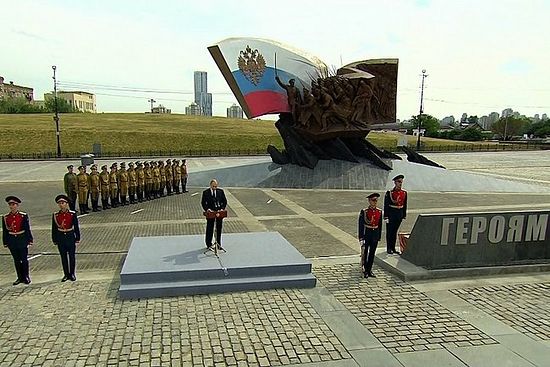 “Today we are restoring the link of times, the continuity of our history, and World War I. Its military leaders and soldiers will find their rightful place in it (as is popularly said: “better late than never”), and that sacred memory, well-deserved by those who fought in World War I, is beginning to dwell in our hearts. Justice is triumphing on the pages of books and textbooks, in media, in films; and to be sure, in such memorials as the one we are unveiling today,” noted Vladimir Putin. Churchill: Inconvenient Truths
Whatever our balanced conclusions about Churchill, we do have to consider some facts: On uses and abuses of historical memory

On uses and abuses of historical memory
Comparing Russia to Nazi Germany is not only a historical mistake but also immoral abuse of the memory of millions.
Comments
×