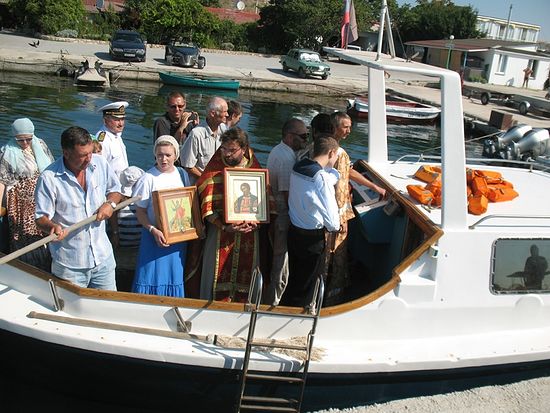 On August 14 a unique event started in Sevastopol – a cross procession by sea. “Children are going by sea: Sevastopol – Kerch 2014”. The international procession of the cross with visits to the Crimean Churches of Holy Right-Believing Prince Alexander Nevsky is being held as part of the “Alexander Nevsky – the name of Russia” program, carried out with the blessing of His Holiness Patriarch Kirill of Moscow and All Russia. It is implementing the project of social partnership of the state, the Church, the army, and the society for the spiritual, moral and patriotic education of children and youth. The sea procession to the Crimean churches itself is being held with the blessing of His Eminence Bishop Nazary of Kronstadt, the program’s spiritual leader and Father-Superior of the Holy Trinity – Alexander Nevsky Lavra in St. Petersburg, reports the Sevastopol Deanery’s website.

The sea procession started with a prayer service (moleben) and reading of an Akathist to the Holy Prince Alexander Nevsky on the site of the St. Alexander Nevsky Church under construction in the Gollandia (“Holland”) village. Rector of the church, co-organizer of the cross procession, Priest Michael Viktorov blessed the sailing catamaran “MERI II”, on which the crossing will be done, and he blessed the participants, among whom are students of the Sevastopol Children’s Sea Flotilla of Admiral of the Soviet Union Fleet Nikolai Gerasimovich Kuznetsov. Then the catamaran headed for Chersonese. 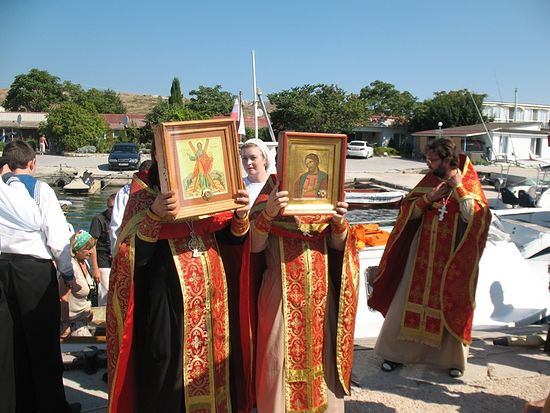 At the Chersonese yacht club the sea procession members were met by the clergy of the St. Vladimir’s Cathedral headed by Archpriest Stephen Slomchinsky, numerous parishioners and pilgrims. With reverence the clergymen of the Sevastopol principal church received the relics accompanying the cross procession members: the Icon of Holy Right-Believing Grand Prince Alexander Nevsky with a portion of his relics as well as an Icon of Holy Apostle Andrew the First-Called with a portion of relics. 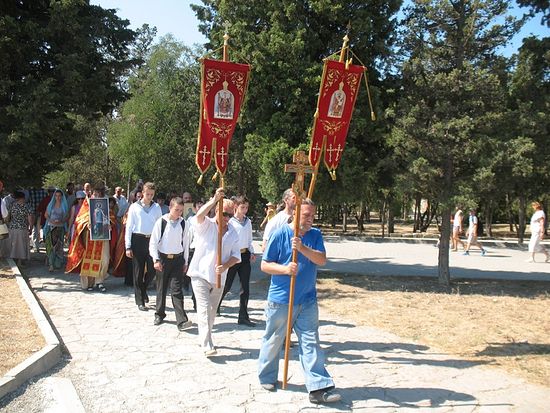 With prayer singing the cross procession got going towards the St. Vladimir’s Cathedral. In front of the cathedral’s main entrance, among the Byzantine basilica ruins, the cathedral clergy performed a thanksgiving prayer service, during which Fr. Stephen blessed the memorial crosses which will be erected where the sea cross procession will make stops in towns and villages of the Crimea peninsula. 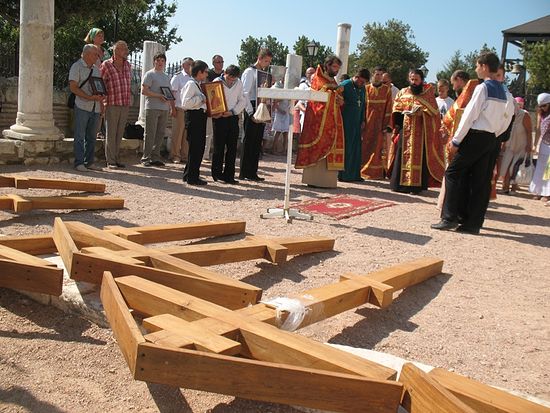 After the prayer service, numerous parishioners and pilgrims managed to venerate the cross procession icons and the cross, which then the young flotilla students carried during the procession. 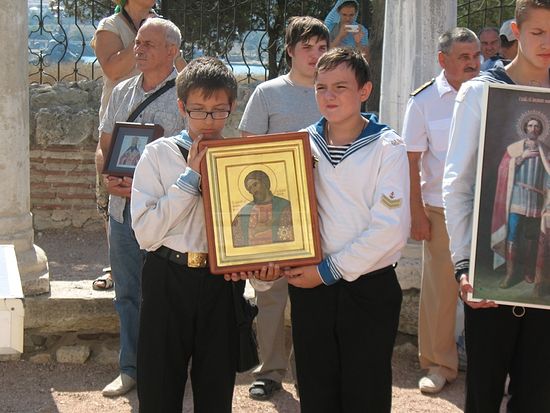 With singing of hymns of praise to the Holy Prince Alexander Nevsky, Holy Apostle Andrew the First-Called, and the patron-saints of the Crimean land, the procession of the cross set out for the Chersonese yacht club, where, on receiving the pastoral blessing, the participants boarded the catamaran. Pushing off, it headed for the town and famous resort Alupka, the first stop. On August 20, the sea procession is to arrive in the city of Kerch, its point of destination. 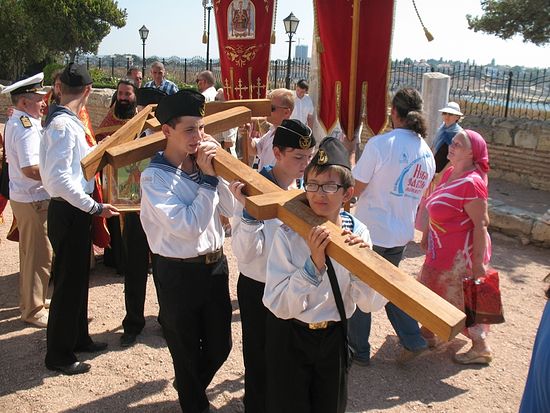 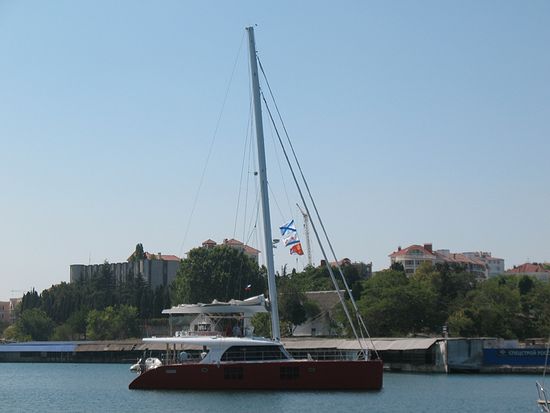 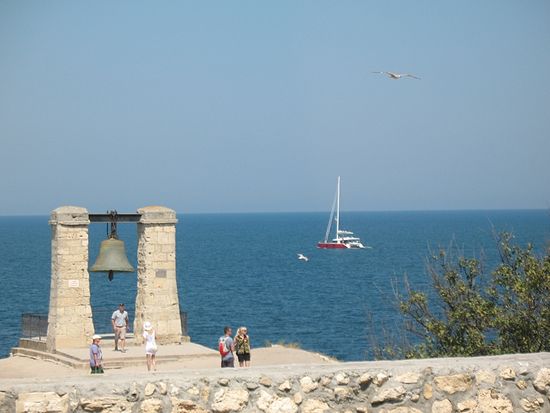 Solemnities in Sevastopol. Remembering Those Who Departed

Solemnities in Sevastopol. Remembering Those Who Departed
This month, November 2010, marks ninety years since the departure of the Russian army and emigration from the Crimea. 126 ships received the army, the officers' family, and a part of the civilian population of the Crimean ports—Sevastopol, Yalta, Theodosy, and Kerch. In all, 150,000 people departed from this shore to points around the globe.
Comments
×