A British mother of two and former musician, who is believed to have gone to Syria to join the militant terror group Islamic State with her jihadist husband, has threatened to "behead Christians with a blunt knife." 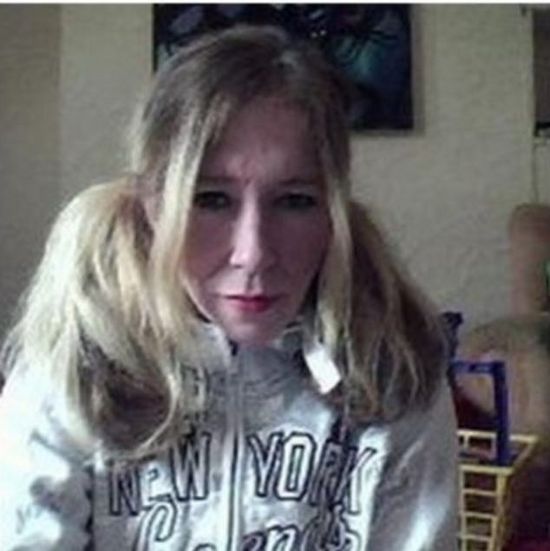 Sally Jones lived on the dole, led a dissolute lifestyle, and joined ISIL after marrying a jihadist hacker 25 years her junior.

Calling herself Umm Hussain al-Britani, the woman has been identified by investigators as Sally Jones, from Chatham in Kent, a former member of an all-girl rock band.

She warned, “You Christians all need beheading with a nice blunt knife and stuck on the railings at Raqqa ... Come here I'll do it for you!” she wrote in a tweet which has since been deleted from her Twitter account.

It is believed that Jones, 45, married British computer hacker-turned jihadist Junaid Hussain, who is 25 years her junior, after an online romance. The couple is said to have travelled separately to Syria to join Islamic State (IS), formerly ISIS or ISIL.

The reference to Raqqa, an IS stronghold in northern Syria, relates to an ambush carried out by the militants last month, where at least 50 Syrian soldiers were executed and had their severed heads impaled on sticks around the city. 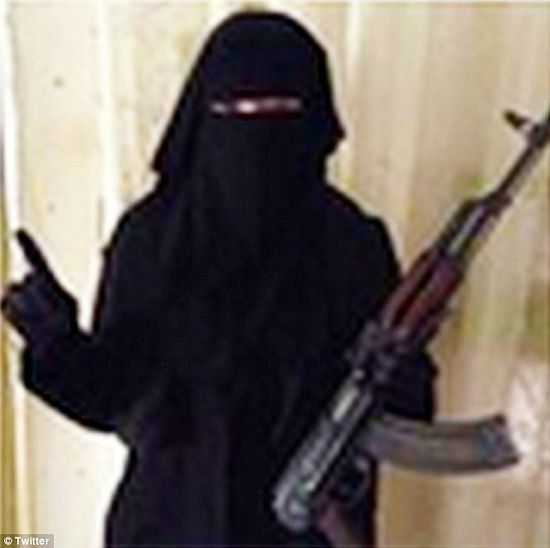 On August 10, Umm Hussain tweeted that she and her husband are now living in the 'caliphate' after being stuck in Idlib, north-western Syria, for seven months.

Her husband Junaid Hussain, 20, from Birmingham, fled to Syria earlier this year despite being on police bail. He travelled together with Abdel-Majed Abdel Bary, 24, a former rapper from west London. Bary reportedly posted an image of himself holding a severed head on Twitter with the caption: “Chillin’ with my homie or what’s left of him” last month.

In 2012, Hussain was jailed for six months for stealing sensitive information from an adviser of Tony Blair and blocking a government anti-terrorist hotline with prank calls. He is now thought to be helping the terror group with his hacking skills.

Both Hussain and Barry are potential suspects in the beheading of American journalist James Foley. Hussain, who tweets under the name Abu Hussain al-Britani, is pictured with a scarf over his face and a rifle in his hands. 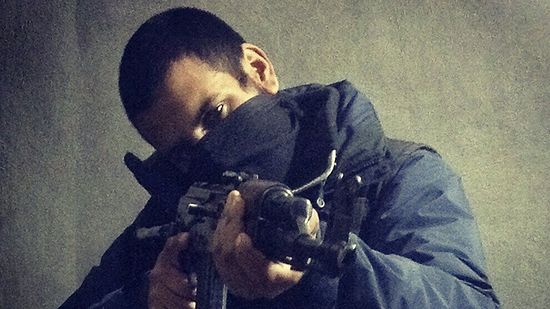 This picture is taken from the Twitter account AbuHussainAlBritani, who is believed to be Jones's husband (Image from twitter.com @AbuHussain102).

Meanwhile, The Daily Mail reports that Jones, aka Umm Hussain, was unemployed at the time of her departure and “has spent a lifetime on state benefits.”

In the early 1990s she was the lead guitarist in an all-girl rock band called Krunch, which played a series of gigs in southeast England. A video on YouTube from the early 1990s which has since been deleted showed her wearing a leather mini-skirt and playing guitar and singing. 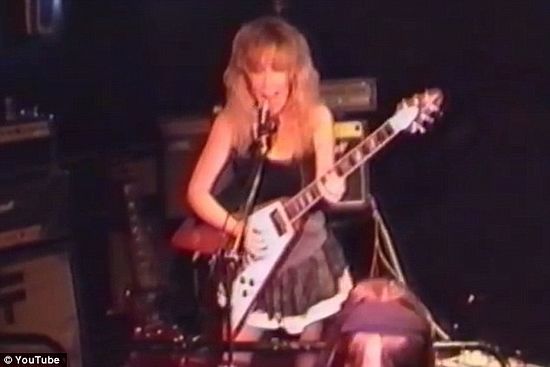 One neighbor said Jones was very "scatty" and that “everything was always a drama, her children were unruly and she was extremely loud. Men came and went but she lived mainly as a single mum with her two boys,” the Daily Mail reported.

It is unknown what happened to her sons, said to be aged around 10 and 14.

Meanwhile, Muslim leaders in Britain have issued a fatwa, an edict issued by a learned Muslim scholar, condemning those who fight for extremists in Iraq and Syria.

It also emerged that one of IS’s key financiers was the director of a Muslim faith school in Birmingham, the Daily Mail reported.

The Islamic cleric, Dr Nabil al-Awadi, partly resided in south London until last year. He was recently stripped of his Kuwaiti citizenship after it emerged that the Kuwait Scholars' Union, which he was the president of, channeled tens of millions of dollars to IS and other jihadi groups in Syria and Iraq. Director of Chechnya's Federal Migration Service fired because of his daughter, gone to Syria for "jihad" French brothers seek jihad in Syria
What makes a young middle-class man turn to Islam and want to risk "martyrdom" in Syria? A French father, who has just been bereaved, tells the BBC's Christian Fraser what happened to his sons.
Comments

Nathan6/6/2015 7:31 pm
Does anyone actually believe this ridiculous media propaganda? Oh my. Just because it's on the "news" does NOT mean it is real.

Debbie9/9/2014 5:11 pm
I truly believe that these poor people are demon-possessed, and I pray for them and their loved ones.