Another church damaged by shelling in Donbass 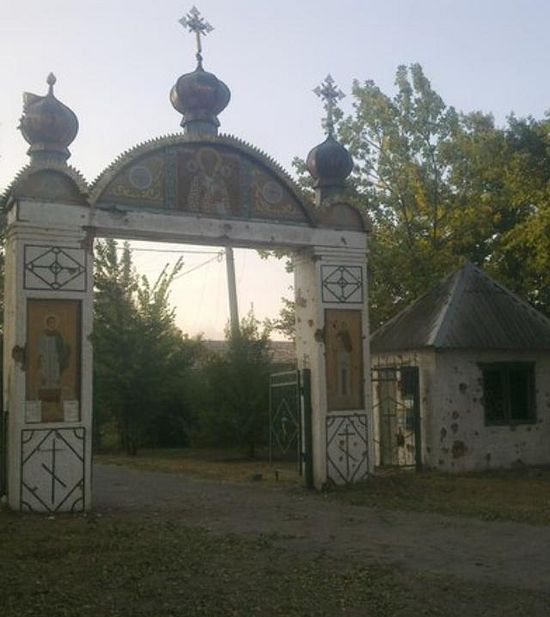 In spite of a truce declared on September 5 another church has been damaged by shelling in Donbass, in Stanitsa (Cossacks’ village) Luganskaya.

“The misfortune did not bypass us either,” reports the “Facebook” page of the local deanery of the Lugansk Diocese. “Four shells struck the territory of the St. Nicolas Church of Stanitsa Luganskaya village. As a result of the shelling almost all the windows are broken, the walls and the facing of the church building are damaged. Also the watchman’s lodge, the administrative building are damaged (windows and doors are broken) as well as the constructions in the yard.” Mortar fallen near a church in the Lugansk region did not explode
“Fighting around the town of Alexandrovsk has continued for several days,” reports the website of the Ascension Cathedral in the Alexandrovsk Deanery of the Lugansk Diocese:
Comments

Matushka Carol9/17/2014 2:00 am
We pray for the people of DONBASS and NovoRossiya. Through our Internet program of instruction we welcome any refugees in need of connecting to school attendance and or enrichment to write to us info@ChristmasMonastery.org and see our website at www.christmasmonastery. We are willing to help at no charge.