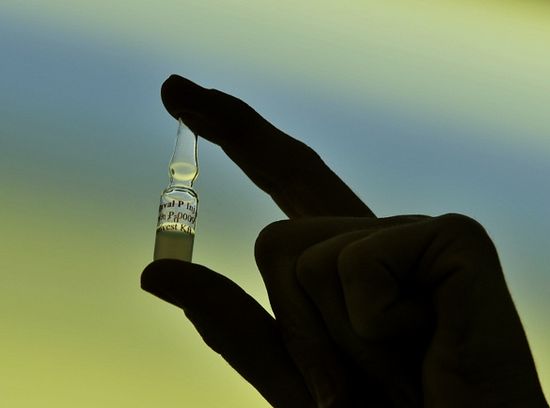 A landmark ruling in Belgium has seen prisoner Frank Van Den Bleeken, who is serving a life sentence for rape and murder, win the 'right-to-die'.

The 50-year-old filed a request for euthanasia in 2001, citing "unbearable psychological anguish" as a result of his uncontrollable violent sexual urges, but it was not approved until Monday.

The board of assessors previously insisted that he must seek psychological help, but after failing to find adequate treatment, his request was granted.

According to the Independent, Van Den Bleeken had applied to transfer to a specialised psychiatric centre in The Netherlands, but was denied.

He explained in a documentary earlier this year that he believes he is a "danger to society" and would be better off dead.

"What am I supposed to do? What's the point in sitting here until the end of time and rotting away? I'd rather be euthanised," he said.

His lawyer, Jos Vander Velpen, told reporters that Van Den Bleeken will be transferred to a hospital to be euthanised, where he will "say his farewells to his family in humanly dignified conditions".

"But I cannot say when or where that will happen," Velpen added.

Euthanasia has been legal in Belgium since 2002, but Van Den Bleeken's case signifies the first time that the right-to-die has been extended to a prisoner.

Belgium has received much criticism from faith and human rights groups which contend legislative safeguards are too weak. It is feared that vulnerable people could be coerced into requesting to be euthanised, and Van Den Bleeken's death may well pave the way for other prisoners to ask to be killed rather than serving their full sentence.

There are thought to be at least 15 inmates who have already requested information about euthanasia, De Standaard newspaper reports.

"Sadly, Belgium has been at the forefront of making euthanasia available on demand. The door was first opened in 2003, and every year since then the demand for euthanasia and its practice has increased," Paul Moynan, director of CARE for Europe, told Christian Today.

"Last year these deaths were up by 27 per cent on the previous year, with five people a day being euthanised," he added.

"With euthanasia being packaged as palliative care, our care homes are not safe. With its extension this year to all ages, our children are not safe. And now the mentally ill in prison are not safe," he explained.

"This is not a slippery slope, but a rapid avalanche by this culture of death. As Christians, we should be the first to recognise that it is not for us to decide when we die; and so in every country we should fight any attempt to weaken laws that protect life."

The Belgium-based European Institute for Bioethics has dedicated years to researching the effect of legalised euthanasia. A 2012 report concluded that euthanasia is "trivialised" in Belgium, finding that the number of reported euthanasia rose by 89 per cent between 2010 and 2013 – from 953 cases to 1,807.

Carine Brochier, project manager at the Institute, told Christian Today that these statistics are just the tip of the iceberg, and do not reflect reality.

"Those figures only show the papers that the doctors have filled in, but there are a lot of [clandestine] cases that are not declared, so you could double the figure," she explained.

"The sentiment of the 'slippery slope' is really there and the law is uncontrollable – it's not possible to control the application of the law."

Brochier said no proof is needed to show a patient's pain is "unbearable", they merely have to say that it is, and protections put in place for vulnerable people are too weak.

"More and more people are ready to ask for euthanasia [in Belgium], that's the problem," she warned.

"It becomes a general mentality – If I'm sick, old or just don't want to live anymore, I just fill in the form and ask for euthanasia. We don't invest in palliative care anymore...it's very fashionable to ask to die in this way."

Referring specifically to the case of Van Den Bleeken, Brochier affirmed Moynan's criticism of the Belgian attitude towards mental health.

"Our psychiatric system is in very bad shape, and our prison system is in a bad shape. We forget those people who are behind the walls," she said.

"It [euthanasia] is the death penalty. We have fought against the death penalty on an international level, but here in Belgium we say: 'Okay, you want euthanasia, you are in prison, we don't want to invest in psychiatric institutions, so we're going to kill you.'

"It is not the case of just one man. In 2013, 67 people were killed just because they said they had psychological suffering. It's a real problem, it really is a failure of our psychiatric system. He [Van Den Bleeken] should not be in prison, he should be in a special psychological hospital...we just didn't have the ways or means, the financial structure, to put him in the right space."

Brochier said that the only way forward is to invest in palliative care: "Real palliative care, not palliative care with euthanasia – people ready to go up to the natural death because that's why we are human. We are to be together, even through suffering."

"We are from the same society, and we need each other," she finished. "We cannot live alone, and we have to rediscover that." Belgian doctors open discussion of involuntary euthanasia
Some doctors in Belgium have suggested discussion of legalizing euthanasia without requiring the consent of the patient. Belgium, suffering children and euthanasia
The Orthodox Church does not support euthanasia at all, and this elemental repugnance for practicing it on children was articulately expressed here by other religious leaders as well. Although views on the Leader’s page were both for and against euthanasia in general, the euthanasia of children causes more wavering, just as euthanasia of any human would have done before the onset of its mainstreaming.
Comments
×