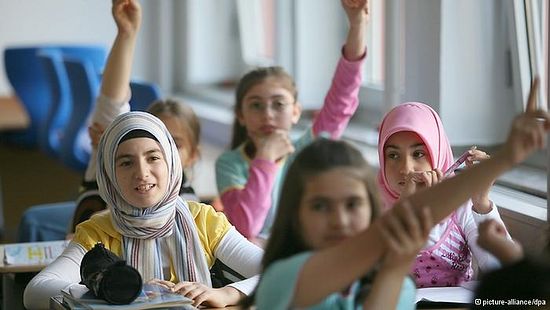 The Ministry of Education of Turkey is continuing to carry on an ideological and intensified struggle against Christianity and Christians using history textbooks, reports the Copts Today news portal with the reference to Agos Armenian newspaper.

According to the study published by the media, school textbooks describing the Turkish history of the 19th – 20th centuries avoid any talk on the subject of the genocide of the Armenians, referring to the victims as well as nearly all Christians in the world as to “the instruments of hostile occupant forces, intended for undermining the state.”

Notably, the study was based, first of all, on the list of teaching materials approved by the Ministry of Education of Turkey and published at the beginning of the school year 2014-2015.

Specifically, the “History” textbook for the eighth form (grade) speaks on “the influence of Russia and Britain on the Christians of the region,” which led to the “retaliatory” and “reasonable measures against the Armenian minorities.” This is how the Turkish history books explain the Armenian genocide committed by the Turks in the early 20th century.

Another book refers to all Christian denominations, including Orthodoxy, as to “an instrument of hostile forces”, avoiding any criticism of the allegedly unknown “Syrian minorities”, who, in the authors’ view, “were much less influenced from outside”. ISIL’s Ottoman “Caliphate” Forbears Brutally Slaughtered 250,000 Assyrian-Chaldean, and Orthodox Christians A Century Ago
Albeit belated, and ever grudgingly, the non-Muslim world has been compelled to acknowledge ISIL's ghastly, murderous jihad rampages against both the Christian and Yazidi religious minorities of northern Iraq. Turkey’s Kurds Seek Forgiveness for 1915 Armenian Tragedy
Turkey’s Kurds are taking responsibility for their role in the mass killings of Ottoman Armenians in 1915.
Comments
×