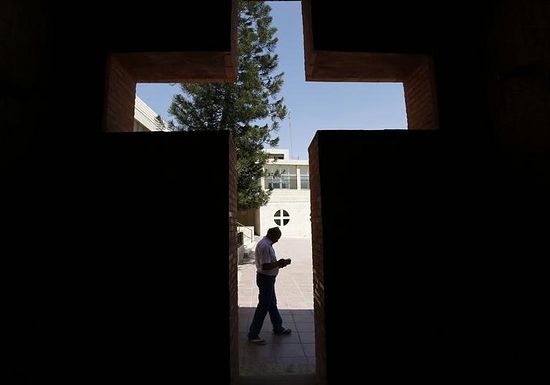 The Greek Orthodox Christian Patriarchate in east Jerusalem has expressed its disdain for the Israeli law that considers Aramaic Christians as a nationality; stating Israel is attempting to divide the Palestinian minority.

While many Israeli Christians agree with this new law, the Greek Orthodox Church believes the law further divides minorities living within Israel, by separating Christians from the Arabs.The Church further believes that this division weakens Palestinians.

The law in question, which was passed on September 18, decreed that there is a difference between Christians and Arab Muslims living in Israel, thus creating a separate Christian minority group. Interior Minister Gideon Saar ordered that the population registry recognize Christians as Aramean. This move gives Christians their own representation on the Advisory Committee for Equal Opportunity in Employment Commission.

At the time the bill was passed, MK Yariv Levin (Likud) said “I don’t try to change the reality; the reality is there. There is a big difference between Christians and Muslims, and they deserve recognition and separate representation.” Israel allows its Christians to shed Arab identity
After recognizing its Christians as an independent minority earlier this year, Israel is now allowing them to register as an ethnicity, distinguishing them from the Muslim-dominant Arab population.