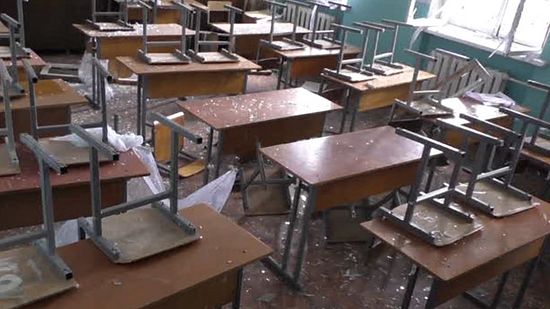 At least 11 people have been killed and 40 others have been injured in Donetsk, where a school and a bus stop came under fire - reportedly from Ukrainian Army positions.

Two people are reported to have died at the school, and nine at the bus stop, according to Donetsk People Republic's Depity Prime Minister Andrey Purgin.

No children were killed in the shelling of school №57, the Donetsk People’s Republic ‘s Interior Ministry said, as cited by TASS. The ministry's press service added that parents and teachers became victims of the shelling.

The city council stated that all 70 children studying at the school were in the building at the moment of the strike. They were hastily evacuated. The school building was damaged in the attack. 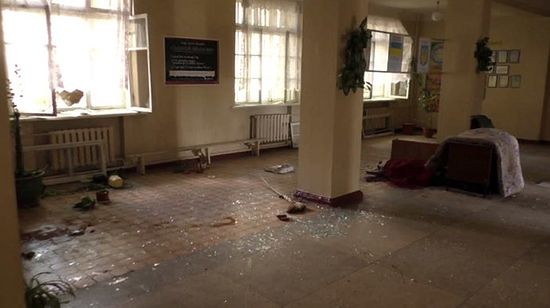 The Russian Foreign Ministry describes the attack is a cynical and blatant breach of international law.

“The particular cynicism of this shelling is the very fact that today was the children’s first day at school. And on this day, artillery directly targets them. These are blatant, intolerable things,” the ministry’s human rights ombudsman Konstantin Dolgov said.

No Ukrainian sources have confirmed the information yet.

“Heavy artillery fire is being heard in Donetsk. The Kievsky district has been under fire – many residential areas and other buildings have been damaged, civilians have been killed and wounded,” the city council said in a statement.

Public transport has been changing routes due to the shelling.

One hundred and forty-six schools in the self-proclaimed Donetsk People’s Republic had commenced classes out of 150, Minister of Education of Donetsk People's Republic Igor Kostenok said.

A ceasefire between the Ukrainian government and the Donetsk and Lugansk People’s Republics’ authorities was signed in Minsk, Belarus, on September 5.