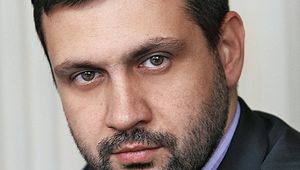 Chairman of the Synodal Information Department of the Russian Orthodox Church Vladimir Legoida has called to defend the Ukrainian Orthodox Church of the Moscow Patriarchate (UOC MP) from the encroachments of political and religious extremists.

“There are a great number of reports on violence against representatives of the UOC MP, its churches and monasteries,” said V. Legoida.

“For example, on October 5 there was an attempted seizure of the Church of Sts. Boris and Gleb in the town of Pereiaslav-Khmelnytskyi; on October 6, according to reports, unidentified people in the Rivne region spread a leaflet with calls for violence towards the Ukrainian clergy of the canonical Church. Their action of violence was scheduled for October 14,” he reminded.

He stated that the Primate of the UOC MP had already more than once appealed to the Ukrainian authorities with a request to provide for interfaith peace.

V. Legoida also mentioned that His Holiness Patriarch Kirill of Moscow and All Russia had repeatedly called to prevent the ongoing violent confrontation in the Ukrainian land from growing into a religious conflict.

“I believe that calls for a violent action and intimidation towards the UOC’s clergymen on October 14, the feast of the Protecting Veil of the Mother of God, is the height of cynicism and can come only from those people who have nothing to do with any religion,” Legoida stressed.

In the Russian Orthodox Church representative’s view, this incident indicates that a real dissension in the Ukraine is occurring not among religious communities, but between all the faithful and those “who want people of any faith to kill each other.”

In conclusion, V. Legoida made an appeal “to all the people in the Ukrainian state and society who are not indifferent, with the request to ensure the security of the Ukrainian Orthodox Church on the feast of the Protection, that unites all Orthodox Christians worldwide.”