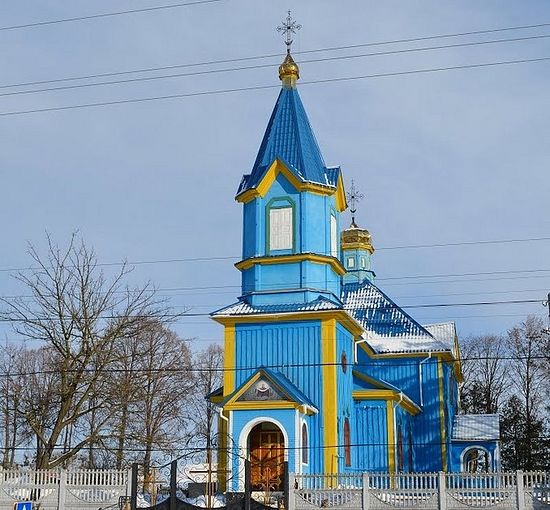 Members of far-right groups disrupted a religious service being conducted by Priest Vladimir Navozenko at the Church of the Holy Intercession in the village of Chervonaya Motovilovka outside of Kiev.

They insulted Father Vladimir, accused him of "supporting the terrorists" and Russia and threatened to punish him for that. The nationalists gave him one week to leave the village.

One of the women who came together with the nationalists threw red paint at the priest, yelling "the blood of my brothers is on your hands". Churches of the Diocese of Horlivka and Sloviansk praying for the dead
In Sloviansk, Kramatorsk and a number of other towns of the diocese the Ukrainian army is currently fighting against the people's militia, as a result of which civilian residents are being killed. The Church has more than once called and is now calling to stop the bloodshed and to sit down at the negotiating table.
Comments
×