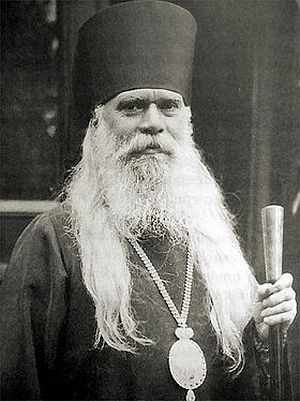 The Representation of the Russian Orthodox Church in Sofia—the St. Nicholas Church, popularly known as “Russian church”—is collecting testimonial from people who have received miraculous help from ever-memorable Archbishop Seraphim (Sobolev), necessary for his canonization, reports Pravoslavie.bg with the reference to the Bulgarian Patriarchate’s website. Archbishop Seraphim remains are buried in the St. Nicholas church crypt

In December 2011, the Orthodox world celebrated the 130th anniversary since the birth of Archbishop Seraphim (Sobolev) of Boguchar (a town in the Voronezh region of Russia). The main celebrations took place in Bulgaria, where this hierarch lived and served from 1921 to 1950. His Holiness the ever-memorable Patriarch Maxim of Bulgaria (1914-2012) address the Bulgarian faithful on the anniversary. “Archbishop Seraphim,” the patriarch said, “was a rare example of a holy hierarch, full of Grace of the Lord, with a good, pastoral conscience…”

An opponent of ecumenism, monarchist, and author of the work, Russian Ideology, he called for the “restoration in the future Russia of a genuine autocracy based on the symphony of powers.” In his article, “On the New and Old Calendar”, he indicated that the Gregorian calendar contradicted the Church Typicon and the established liturgical tradition.

In 1943 he refused to take part in “The Council of Bishops of ROCOR” in Vienna on October 21-26, 1943, which was held under the auspices of the German authorities, and he aided the Bulgarian Church in overcoming a schism (abolished On February 22, 1945). On June 16, 1945, together with his flock he transferred to the jurisdiction of the Moscow Patriarchate.

The Representation of the Patriarch of Moscow and All Russia in Sofia is collecting testimonial of grace-filled help from Archbishop Seraphim (Sobolev) for submission to the Russian Orthodox Church’s Commission for Canonization of Saints.

We are asking you to inform us about the miracles occurred through prayers of Archbishop Seraphim at the address:

The canonization of this man of faith and godliness, venerated in Bulgaria, is a cause for our universal.”

It is very important that testimonial of miraculous help from Archbishop Seraphim, related to healing of various diseases, are accompanied by medical certificates (diagnoses, medical results), if there are such documents.

This testimonial as well as evidence of other kinds of miraculous help from Holy Hierarch Seraphim must be signed by personal signature and written and sent, depending on the senders’ possibilities:

The final date for submission of testimonial is November 25, 2014.

With the blessing of Rector of the Russian Representation church in Sofia, Archimandrite Philipp (Vasiltsev), the testimonial will be collected into special archives, which will be submitted to the Representation’s secretariat, to be sent to the Commission for Canonization of the Russian Orthodox Church. The Sofia, Bulgaria, Podvorie of the Russian Orthodox Church Prayerfully Commemorates Archbishop Seraphim (Sobolev)
On December 1, 2011, with the blessing of His Holiness Patriarch Kirill of Moscow and All Russia, a commemorative Liturgy for Archbishop Seraphim (Sobolev) of Bochugarsk was celebrated at St Nicholas Church (a podvorie, or metochion, of the Moscow Patriarchate) in Sofia, Bulgaria.
Comments
×