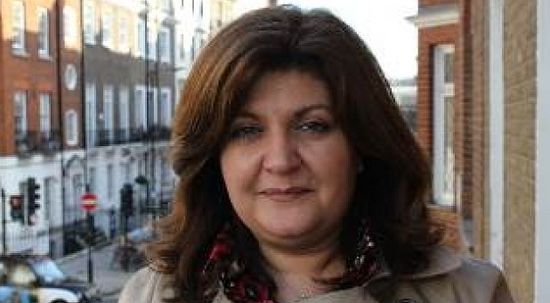 A British Court of Appeal ruled today, Oct. 28, that a Christian worker who lost her job at Heathrow airport after spurious "anti-Islam" complaints were made against her has no employment protection rights.

In the judgment, Lady Justice Arden said "I too have an uneasy feeling that the complex arrangements have the effect that the Appellant has no remedy for discrimination ..."

The case raises vital issues about whether employers can effectively sidestep important employment protections (including non-discrimination and religious freedom regulations) through the use of complex contract arrangements. It also highlights a potential clash between UK and EU understandings of "employment." The case could have implications for thousands of workers in the UK who use employee-controlled companies.

Halawi had worked in a duty-free shop at Heathrow's Terminal 3 for 13 years. She defended a Christian colleague who was mocked by Muslim colleagues for wearing a cross. She also spoke with management about the way that some Muslim workers spoke disparagingly about Jesus and was additionally concerned about comments made against Jews and Christians.

A complaint was then made against her, based on a misheard conversation and spurious rumors that Nohad had behaved in an "anti-Islam" manner.

In response, the management company withdrew Halawi's airside security pass, thereby disqualifying her from any further work at the duty-free shop and ending her livelihood.

The case raised important issues about the disparity of treatment of Christian and Muslim workers. Nohad says her substantive complaints were effectively ignored by World Duty Free but that the company acted immediately to end her livelihood when unsubstantiated complaints were made against her. She believes that she lost her role because she spoke up for the freedom of Christians and dared to stand against inappropriate conduct by a group of Muslim employees.

Twenty-two of Halawi's colleagues, some of them Muslims, signed a petition which stated: "We are shocked and saddened by the recent dismissal of our colleague and friend, Nohad, as a result of malicious and unfounded allegations made against her," but the decision was not reversed—leaving Nohad unable to work.

Halawi claimed unfair dismissal and religious discrimination at an Employment Tribunal in 2012, but it ruled that she had no protection under employment law as she was not "technically employed," despite the fact that she had worked at Heathrow for 13 years. In October 2013 the Employment Appeal Tribunal upheld this decision.

She had contacted the Christian Legal Centre (CLC) for support, and it instructed leading human rights barrister, Paul Diamond, to represent her. At the Employment Appeal Tribunal, Diamond argued that in light of her working arrangements, Halawi should be recognized as an employee under European law, and as such should be protected from discrimination.

At the request of the operators of the duty-free shop, Halawi had formed a small company, called Nohad Ltd, of which she was the sole employee. This company contracted services to Caroline South Associates, which in turn contracted to World Duty Free. The arrangement was not uncommon.

On a day to day basis, World Duty Free controlled her working arrangements, including her hours. Once World Duty Free withdrew approval for her airside pass, Nohad was no longer able to work in the shop, effectively terminating her "employment" there.

Diamond argued that the Employment Tribunal should have considered the de facto relationship between Halawi, Caroline South Associates and World Duty Free, recognizing her as an "employee," or a "worker" under European law. He argued that the arrangement was a disguised working practice and that the plain reality was that Nohad was working as a shop worker for World Duty Free and so was entitled to normal employment protection.

'Profound effect upon my life'

Responding to the judgment, Halawi said:

"I am very disappointed by today's result. The case has had a profound effect upon my life. I am determined to continue this battle in order to secure justice for ordinary people like me who often find themselves without a voice. I entered into a working arrangement at the request of my employer only to find myself without any legal protection. My employers were able to dismiss me without any proper disciplinary and employment procedures despite my 13-year unblemished track record. The trigger for the dismissal was their disproportionate response to conversations I had about my Christian faith and their fear of upsetting my Muslim colleagues.

"I am grateful to my legal team at the Christian Legal Centre and look forward to working with them as we take the case further."