Metropolitan Varsonofy of St. Petersburg says that streets should be named after new martyrs

Streets of Russian cities and other settlements should be named after the New Martyrs of Russia who suffered from persecutions of the soviet government; also churches should be dedicated to them and special films should be produced about them, Metropolitan Varsonofy of St. Petersburg and Ladoga, chancellor of the Moscow Patriarchate, said in his interview with RIA-Novosti. 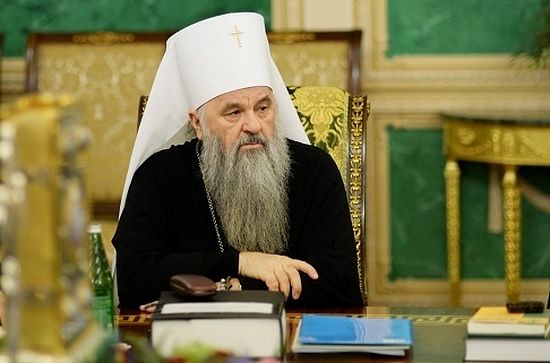 “How can we perpetuate their memory? Surely, churches should be built, books should be published and films should be made in honour of the canonized saints and their names should be promoted in the youth environment. For example, a film about one such priest is being shot in the Perm Diocese. It would be a good idea to find eyewitnesses’ testimonials, to give their names to streets and public gardens. This process has begun in some other regions as well. Then people will want to know in whose memory one or another street is named and why,” Metropolitan Varsonofy noted.

In his view, the exploit of faith of the New Martyrs and Confessors of Russia who lived in 1930s has not yet been completely understood by the Russian people.

“After all, it is only now that the archives are being restored, these facts are being discussed and published. And earlier people did not know all this. That is why each diocese, each parish should tell about the new martyrs. Today it is a duty of each priest to know the history of his parish: was anyone among the clergymen and parishioners subjected to repression? Where? Who? This work should be carried out now, when at least some of representatives of that generation are still alive,” the archpastor said.

According to Metropolitan Varsonofy, while representatives of clergy, suffered and martyred for the faith in the soviet era, are already more or less known, “the names of the laypeople who together with priests performed this heroic deed are still obscure… But numerous laypeople became real confessors of faith. Because it was a real feat – to reveal before the Bolsheviks that you were a believer; and you had no guarantee that you would return home after that,” the agency’s spokesman added.

Metropolitan Varsonofy believes that popularization of the exploit of the Russian new martyrs among the rising generation is especially significant. “It is important that children should be brought up in knowledge of the feats of confessors for the faith and that they should understand that our ancestors were the heroes like those who had suffered for their faith in the first centuries of Christianity,” the hierarch said. Sanctity in the Execution Ditches
Lado Gegechkori, Igumen Valerian (Golovenko)
In the winter of 1937, the sound of gunfire could be heard throughout the territory of the Soviet Union… The clergy, who accepted their priestly rank along with a crown of martyrdom, lay in the ditches of common graves, and died from sickness and hunger behind camp gates and in prison walls. What motivated them to take that step?