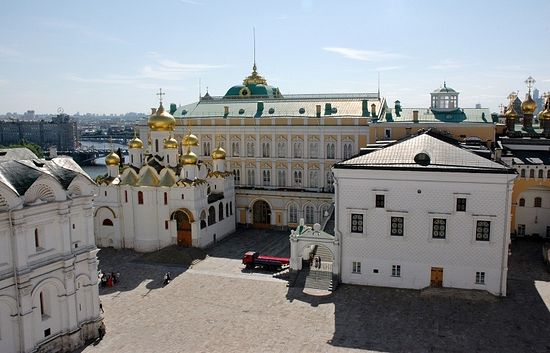 Dismantling of the Kremlin’s administrative “building 14” will start right after the decision of UNESCO experts is received, reported Head of the Administrative Directorate of the President of the Russian Federation Alexander Kolpakov to Interfax.

“All the necessary documents related to the impending work have been submitted to UNESCO. Now all depends on the promptness of this organization’s decision-making. But we hope the expert opinion will be received in the nearest future which will enable us to set straight to work,” he said.

In July this year the Russian president Vladimir Putin supported the idea to give up the already ongoing reconstruction of the Kremlin’s “building 14” and to restore the historical appearance of this site with a possible restoration of the Chudov and the Ascension Monasteries that had formerly existed there.

The resolution of UNESCO is necessary as the Kremlin is a World Historical and Cultural Heritage object. Recently a representative of UNESCO came to Moscow, visited the Kremlin, examined the “building 14”, and then a joint working meeting was held.