Turkey to offer course on Christianity at schools 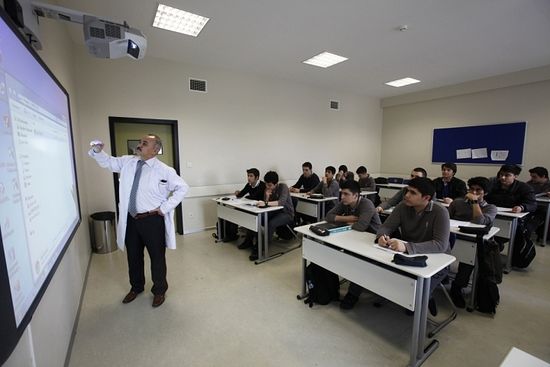 School students in Turkey are to be given the option of taking an elective course in Christianity.

According to World Watch Monitor, the course has been written by a committee of nine Christian leaders from different traditions in Istanbul, including Greek Orthodox and Protestants.

So far, course material has been written for fourth and fifth grade children, with the committee preparing to work on textbooks for eighth and ninth grade students next.

In Turkey, elective courses need a minimum of 12 students to sign up before they can go ahead.

Religious freedom expert Mine Yildirim told World Watch Monitor there were concerns that the course will not take place in reality.

"There are more questions than answers," said Yildirim. "If the Ministry of Education is not willing and ready to become flexible, such courses will be only a possibility in theory and never in practice."

That flexibility could include allowing the course to go ahead without the required quota of 12 students being met, or allowing students from different schools to come together in one location to take the course.

There is some suspicion that Turkey has announced the new course simply to appease the European Court of Human Rights, which ruled in September that the country's mandatory religion classes were unfair to those who do not follow the majority Sunni Islam faith.

Critics of the religion classes say they are not neutral, but impose Sunni Muslim rituals on students in class.

The European Court of Human Rights ruled that parents must be allowed to withdraw their children from the classes if they wish, without having to reveal their religious beliefs.

Dogan Bermek, vice president for the Federation of Alevi Foundations, told World Watch Monitor he thought the introduction of the new Christianity elective was a move by Turkey to get "the Europeans off their case".