“Satan has crawled like a snake into the Finnish Parliament”

On November 28, the Finnish Parliament granted “same-sex” marriages equal rights with normal marriages. Up till this, sodomites were permitted to enter into a “registered partnership”, while legal marriage between them was officially denied. The head of the Evangelical Lutheran Church of Finland expressed his heartfelt congratulations to them, after which a mass exodus of conservatively minded Finns from the country’s main Christian denomination ensued.

To clarify the situation Pravoslavie.ru asked the well-known Finnish legal expert Johan Bekman, Ph.D in social and political sciences, and docent of the University of Helsinki: 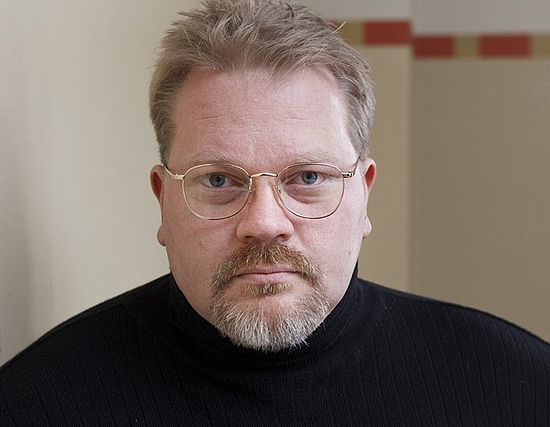 —On Friday the Finnish Parliament voted in the first reading for so-called “same-sex marriages”. The results of the vote were 105 for, 92 against. In this can be detected characteristics of a “color” revolution with elements of anti-Russian and anti-Putin agitation. Thus, on the eve of the vote, supporters of the legislative initiative announced in the press that the Finns will have to choose whether they belong to the “Russian sphere” or not. Other declarations appeared saying that Finns should reject “Putin’s homophobia”, and so on. Even before the vote, agitators wanted to give it an anti-Putin and anti-Russian color. They noted that the 105 votes “for” recall the “105 days of the Winter War”. 1 Near the Parliament building a large crowd of people were gathered who supposedly supported this initiative.

All of this evokes the distinct suspicion that we are talking about a “rehearsal” for the vote in the Finnish Parliament concerning our membership in NATO. The illegitimacy of the vote could be seen already in the fact that the Prime Minister of Finland Alexander Stubb, an active supporter of NATO and the U.S.A., publicly insisted that people vote for “same-sex marriages”.

The vote took place on Friday, and on that weekend over thirteen thousand Finns officially terminated their membership in the Lutheran Church of Finland as a sign of protest. This was all due to the fact that on the day before the vote took place, the head of the Church of Finland Archbishop Kari Mäkinen openly supported “same-sex marriages”. Many conservative Finns looked at this as a direct violation of Christian teaching and an undermining of family values in Finnish society. Note that 13,000 is a lot of people, because we are only talking about those Finns who managed to quickly terminate their membership in the Lutheran Church through an internet site.2 There are probably tens if not hundreds of thousands of people who had no access to the Internet.

This is the greatest crisis in the history of the Finnish Lutheran Church; it is practically its dissolution.

The situation for the Orthodox Church of Finland is equally problematic because it is a governmental structure.3 This means that it cannot refuse to register “same-sex” marriages should this form of perversion be finally legalized. In the final analysis the Finnish Orthodox Church should either separate from the state—or be liquidated. Thus, it is also standing on the brink of dissolution.

Now those Finns who do not support the antichristian position of Archbishop Kari Mäkinen can join the “Fund of Luther” (Luther-Säätiö). This is a conservative wing of Lutheranism that is successfully active in Finland and Sweden, whose adherents have rejected the idea of women priest and other forms of perversion. Hundreds of thousands of Finns belong to the conservative, pietist movement of the Finnish preacher Lars Levi Laestadius, the so-called Lestadiolaisuus, who preach a rebirth of Christian ethics and morals.

Incidentally, we mustn’t forget that the law has not been passed: it has yet to be reviewed and voted in the corresponding committee, and then voted in Parliament, and finally, signed by the President of the country. However, if the given law is in fact passed, then this will signify the end of Christianity in the official Church of Finland. There will be great problems, and both the Lutheran and Finnish Orthodox Church will break down.

It is interesting that the President has already publicly expressed his dissatisfaction over the legislative initiative. Possibly there will be some changes made to it. In Finnish legislation there is already the so-called “registration of same-sex relationships”, meaning that these people already have rights. However, this time they have resolved to destroy once and for all not only marriage as a sacred union between a man and a woman, but also Christianity itself in Finland. In fact, during these recent days it has been destroyed in Finland.

Finnish experts and opponents of “same-sex marriages” have declared that this “form” of marriage is a crude violation of the Declaration of Human Rights by the U.N, in which it is written that marriage is a union between a man and a woman. “Same sex marriage” is likewise a crude violation of the Convention for the Right of the Child, in which it is written that children have a right to have parents.

In this situation, a known process is under way to destroy traditional family, to destroy love, the sacred flame between a man and a woman, to destroy childhood, to liquidate the concept of “mama”, “papa”, and “parents”.

Remember that 92 deputies voted against this initiative. One of them, a deputy from the “True Finns” faction Teuvo Hakkarainen stated to Finnish media that, “the next step is to pass a law that the sun shines at night.”

This initiative will have many dangerous consequences; for example, in the very “sex education” in schools. Since “same-sex marriages” will be legalized, it means that children will have to be taught how homosexuals do “that”; after all, previously, children were taught in sex education classes how “that” is done between a man and woman.

The youth wing of the Green Party submitted a legislative initiative to legalize a so-called “third gender”. Here we are talking about people who “are not sure” whether they are men or women.4 Another youth organization in Helsinki proposed the legislated liquidation of separate toilets for girls and boys in Finnish schools, as this supposedly violates the rights of those who are “not sure” which gender they are.5

Propagandists of perversion write much about those cases when one of a married couple changes his or her sex. Juuso Kekkonen travels actively to Finnish schools and talks colorfully about how his wife decided to become a man, but this did not break up their marriage and they remained together as a “same-sex couple”.6 This is new kind of homosexual and transvestite propaganda.

Now Russian children who go to Finnish schools and read Finnish newspapers and other printed publications have become the continual targets of homosexual propaganda, which violates a well-known Russian law. This means that Russian children have to be protected from this contagion.

Unfortunately, there are many homosexuals among Finnish politicians, for example the African-Finnish deputy Jani Toivola, the deputy and active lobbyist for homosexuality Oras Tynkkynen, and the Minister of Finland Development Pekka Haavisto,7 who lives with his young “husband” from Ecuador, Antonio Flores. Our new tendency is transvestite politicians: deputy of the Municipal council of the city of Kuopio, Hetti Rytsy and Alia Dannenberg, not to mention the transvestite priest famous all over Finland, Marja-Sisko Aalto. These people are aggressively lobbying for all kinds of perversions.

In the current state of affairs, each must personally reject the devil, reject perversion, repent, and return to true Christian values. Now satan has crawled like a snake into our Parliament, and that means that we have to cast him out of our democratic institutions by means of prayer and exorcism.

2 In Finland there is a church tax, which taxpayers who are church members pay. It constitutes 1-2% percent of income, and the Church functions to a large degree on this money. In order to leave one’s confession, all a taxpayer has to do is to go to the tax service website and declare oneself a person who has left a particular confession and therefore not desiring to pay for its upkeep.

3 Previously under the Russian Orthodox Church, the Finnish Orthodox Church has been an autonomous Orthodox archdiocese of the Patriarchate of Constantinople since 1923. The church is considered to be a Finnish entity of public nature. The external form of the church is regulated by an Act of Parliament, while the spiritual and doctrinal matters of the church are legislated by the central synod of the Church (http://en.wikipedia.org/wiki/Finnish_Orthodox_Church).

7 In 2011 Pekka Haavisto was a candidate to the presidency of Finland and passed the second round.

Church of Norway rejects same-sex "marriages"
The General Synod of the Lutheran Church of Norway has denied same-sex couples the right to get married in the church. The respective decision was supported by majority of votes at the meeting of the supreme representative body of the church, which ended on Tuesday in the town of Kristiansand.
Comments
×