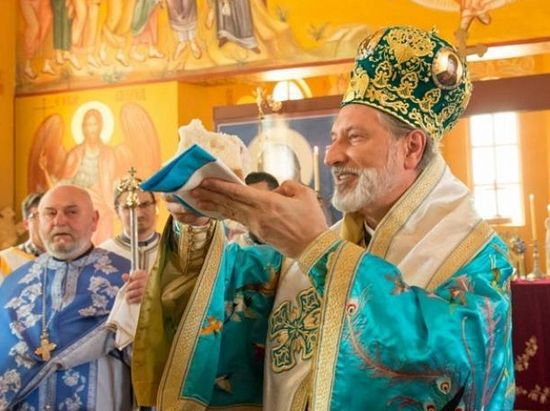 In the region which is located on the south of the city of Sidney, the largest area is called Ilawara, which main center is Wolongong. Serbs began very early to settle in these areas. The first written records date to the time before the First World War. The name of our Serb Uskokovich is permanently engraved on a local memorial gate dedicated to the suffered Australians in the Great War.

However, a greatest part of our people immigrated here after the Second World War, forced by communist ideology.

The church-school congregation of Saint John the Baptist was founded with the blessing of Serbian Patriarch German on 3 April 1960, when the land was bought in the downtown Wollongong . The church was consecrated by Bishop Dimitrije (Balach) in 1976.

With the blessing of Serbian Bishop Irinej, the present small parish community decided to begin with fresco-painting of the church that was concluded in September 2014.
On 7 December, the feast-day of the Entry of the Virgin Mary into the Temple was a joyful day not only because the Circle of Serbian Sisters celebrated its Patron’s Saint-day, but also because the frescoes of this church were consecrated.

His Grace Bishop Irinej, with a prayerful participation of hundreds of believers and along with priests from the Republic of Srpska, Canberra, Sidney, church of Antioch as well as from the Russian Orthodox Church, celebrated the Holy Hierarchal Liturgy.
With this ceremony, the Serbian church in Wollongong was the only church among other Orthodox jurisdictions in the whole region south of Sidney that is completely painted with Byzantine frescoes.

On the occasion of this celebration, the mayor of Wollongong Mr. Gordon Bradberry and other representatives of the city of Wollongong, the Parliament of the New South Wales, the Federal Parliament, educational and cultural institutions of the city participated in this solemn event. 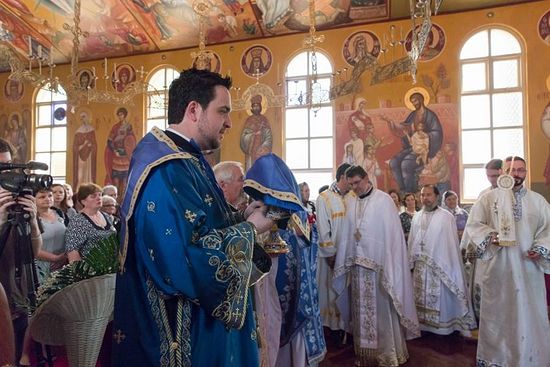 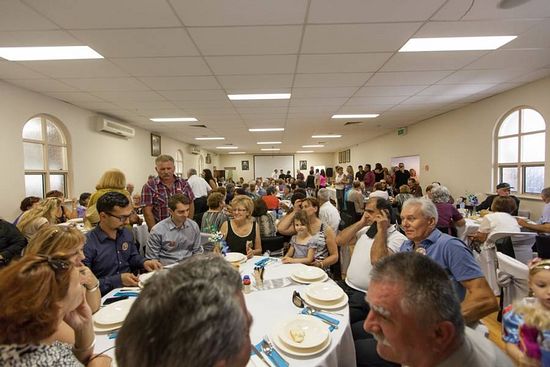 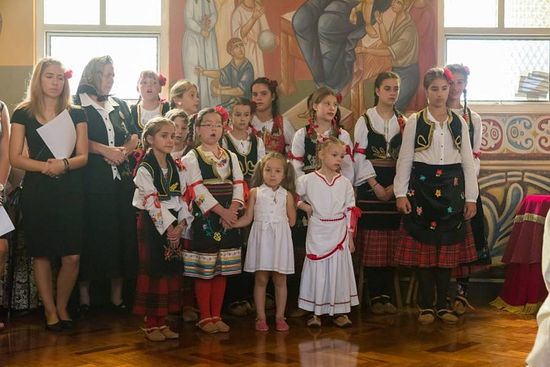 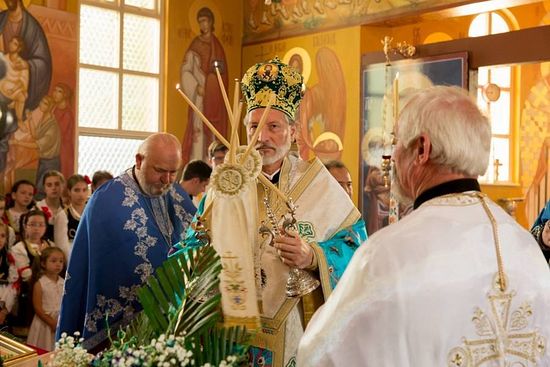 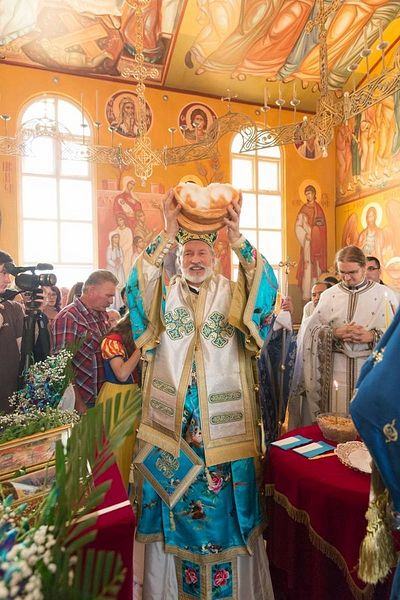 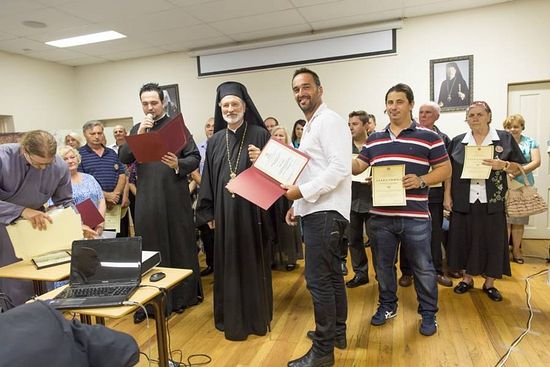