If you really want the job, take religion off your resume 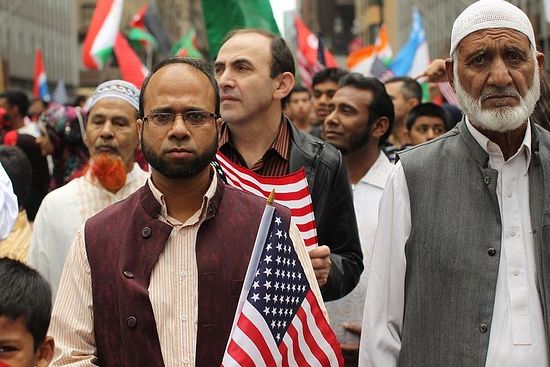 So you're a recent college grad who just blasted your resume to a thousand employers, and none of them is calling you back?

Here's a suggestion: take religion off your resume. At least, that's what a sociologist from the University of Connecticut suggests.

According to a study published earlier this year, and co-authored by UConn's Dr. Michael Wallace, putting any type of religious identifier on a resume minimizes an applicant's chances of landing a job.

For their study, which was published in the June issue of sociology journal Social Currents,researchers created 3,200 resumes for fictitious job applicants and sent them to prospective employers through a "popular employment Web site." Each employer was sent 4 different applications containing "varying biographical information but comparable job qualifications." The only thing that set the resumes apart from each other was the mention of involvement with a particular religious group — for example, "Muslim Student Group" or "Campus Jewish Association." The religious groups randomly assigned by researchers to the fake resumes were atheist, Catholic, evangelical Christian, Jewish, pagan, Muslim, and a fictitious religion called "Wallonian." There was also a control group that contained no reference at all to religious involvement.

Although this study concentrated on the American South, it was a replication of an earlier study conducted by the same researchers looking at religious discrimination of job applicants in New England. In that study, applicants with religious affiliations on their resumes received 24 percent fewer phone calls than the control group. Again, Muslim applicants were discriminated against at the highest rate.

One notable exception to hiring discrimination were resumes with Jewish affiliations on them. Not only did applicants with Jewish identifiers on their resumes not face discrimination, but they "were more likely to receive an early, exclusive, or solo response for employers, compared with all other religious groups combined," according to the June report.

Wallace said he thinks the US has a "schizophrenic attitude" when it comes to religion. "On the one hand, we have a high tolerance of religious freedom and diversity, people are free to practice whatever religion they want," he told me in an interview. "On the other hand, there are certain boundaries on where it can be practiced." It might be the case, says Wallace, that employers worry that seeing religious identification on a potential hire's resume means that she'll bring her religiosity into the workplace — where it isn't welcomed.

As the authors of the studies acknowledge in their introduction, "Reports of religious discrimination in the American workplace are increasingly common. In the last 20 years, religious-based complaints filed by employees with the U.S. Equal Employment Opportunity Commission increased from 1,388 in 1992 to 3,790 in 2010." Of course, that doesn't necessarily mean that actual religious discrimination in the workplace has increased. Maybe, suggests Wallace, workers are just becoming more aware of it, or maybe they're just more likely to come forward with their complaints than they were years ago.

Wallace said that though there are several studies out there looking at religious discrimination in the workplace, they don't cover the same "wide range" of religious diversity as his studies. According to Wallace, there's "so much work that still needs to be done" in this area, specifically as it relates to how religious discrimination affects promotions and salary increases. Said Wallace: "We have sporadic evidence, and sometimes newspaper accounts, but we don't have [many] systematic scientific studies of this issue. So it's really something we need to encourage."