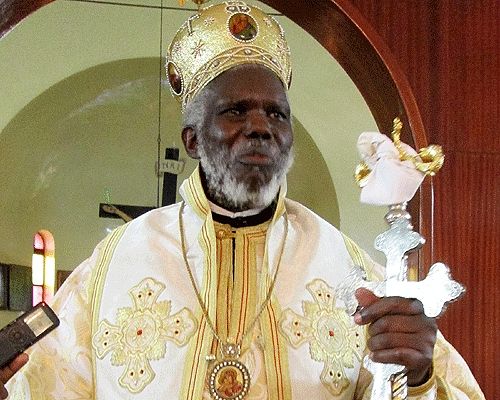 Delivering his Christmas homily at St. Nicholas Orthodox Cathedral, Namungoona in Kampala on Christmas, Lwanga said that many Christians in Uganda and elsewhere in the world, had not fully grasped the Christian message of peace, love and justice, which evils like corruption, child-sacrifice and prostitution were still rampant in the country.

“In the name of absolute peace, morals have intentionally degenerates among the people. The economists, politicians, capitalists and academicians have also continued to monopolize the environment. 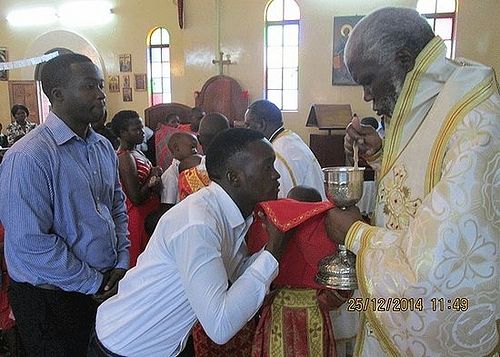 All strategic planning, coordination, education and faith are all being monopolized by some powerful business people and dictators.”

Lwanga asked the Christians to deepen their understanding of Christmas, to be able to lead a qualitative and dignified life that is reflective of Christian values.

Lwanga also delivered the Christmas message of the Pope and Patriarch of Alexandria and All Africa, Theodorous II, who asked Ugandan Orthodox Christians to shun “unreasonable ideological principles” like jihadism. The Pope also criticized some politicians and businessmen, who sought to dominate the needy and vulnerable people, instead of helping them to come out of their poverty.

Lwanga finally prayed for President Museveni and his family, Kabaka Mutebi, all the cultural leaders and their family, religious leaders and all Ugandans. Muslim Extremists in Uganda Throw Acid on Bishop, former Muslim
Islamic extremists threw acid on a church leader on Christmas Eve shortly after a seven-day revival at his church, leaving him with severe burns that have blinded one eye and threaten sight in the other. First Orthodox Monastery In Uganda Established
On the Sunday of Orthodoxy, March 13th, the Pope and Patriarch of Alexandria and All Africa Theodoros II, after the Divine Liturgy, accompanied by His Eminence Metropolitan of Kampala Mr. Jonah, the Clergy, the Egyptian Ambassador, the Muslim religious worker in the area and many visitors went to an adjacent area of &#8203;&#8203;the Parish of Anthony the Great Monte and held the ceremony to found the first Orthodox Monastery in Africa, dedicated to Saint Mary of Egypt.
Comments
×