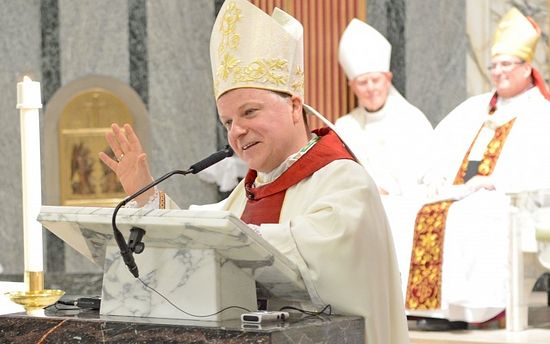 The Bishop of Paisley has said that a “culture of death” in Scotland is oppressing basic human freedoms after two midwives lost their Supreme Court case regarding the right not to be involved with abortion procedures.

Following the Supreme Court’s controversial decision on Wednesday against Concepta Wood and Mary Doogan, Bishop John Keenan said: “The decision handed down today is that of an old and tired establishment that has run out of ideas and vision about how to bring about a brighter and better future for our people. Having committed itself to supporting a culture of death in the past generation it now sees that to preserve this culture into the next generation it must become an oppressor of the basic human freedoms of its citizens. Ironically this is done, in the name of being pro-choice and ends in an intellectual bankruptcy plain for all to see.”

Bishop Paisley went on to describe the midwives as “heroes” who stand up for human life “whatever it takes.” He said: “Today Connie and Mary have lost their jobs, their livelihoods and their legal arguments but have won the respect, good will and admiration of thousands upon thousands of their fellow citizens up and down the land who work and hope for a better world tomorrow, for a society that celebrates heroes who refuse to be silenced as a voice for the voiceless and who will stand up for human life and freedom, whatever it takes, against any reactionary forces peddling their worn out logic of meanness and fear. They have become inspirational staging posts for a new generation determined that it does not have to be this way.”

Last year, at the Court of Session, Concepta Wood and Mary Doogan won the right on conscientious grounds to refuse to assist with abortions at any point in the procedure.

But NHS Greater Glasgow and Clyde appealed the case and the Supreme Court ruled yesterday in favour of the trust.

The Bishop said that the Supreme Court’s ruling was not about depriving women of access to abortion it was about “forcing nurses who had trained to deliver babies to become involved in medically killing them.”

He said: “We should be in no doubt that this was a battle between competing proposals of the kind of country we want: a project propping up a culture of death by means of oppressing any legitimate opposition to it or a vision promoting respect for the life and freedom of all peoples.”