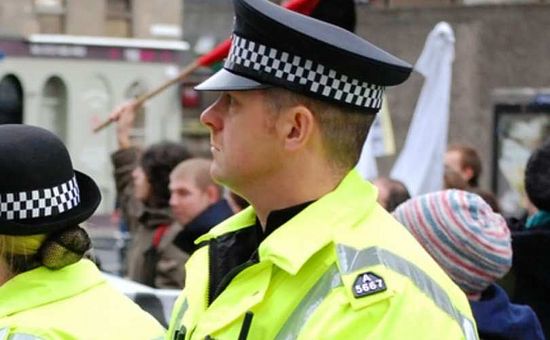 A Scottish monk has been arrested for distributing a series of leaflets in the Cambridgeshire area critical of homosexuality, fornication, contraception, euthanasia, abortion, and divorce.

Brother Damon Jonah Kelly, head of the Glasgow based charity the Black Hermits, was arrested by Cambridgeshire Police on December 8 on suspicion of a Section 5 (religious/racial) public order offence after he wrote a letter to the homosexual news publication, Pink News, claiming responsibility for the distribution of leaflets in the city of Ely, as well as in Cambridge, King’s Lynn and several other Cambridgeshire towns and cities.

Initially police declined to take any action following a number of complaints about the leaflets, saying that neither the distribution of the leaflets nor the messages they contain were a crime, and in fact protected by free speech laws.

A spokeswoman for Cambridgeshire Police said in a statement to Ely News, "Leaflets of a homophobic nature were distributed in Cambridge earlier this year. Additionally, similar material has been distributed in other areas of the county and indeed, the country.”

"While the material being distributed earlier this week will in many cases offend, irritate, shock or disturb, the content, context and actions of the male concerned fall short of any criminality at this time,” the spokeswoman added.

However, once the source of the leaflets identified himself, the police arrested him. They then released him on bail with a promise to appear on January 20.

The leaflets in question have titles such as "The Works of Darkness," "Homosexuality," and "Christmas, Christ and AntiChrist."

"Homosexuality" states that "God created man and woman for their mutual compatibility and for the procreation of children," and that, "all sexual activity outside of matrimonial union of one man and one woman is sin, and therefore immoral."

Warning that "through the sin of lust the Devil tempts man to sexual impurity, excess and perversion," the leaflet states that homosexuality is in reality a mental illness, but has become a cult that belongs to the culture of death.

“Homosexuality, as well as being a sin and a vice, is essentially a neurosis, a pathological condition; the result of several factors including childhood experiences. It is a dangerous temptation rather than a healthy orientation,” it reads.

“They need healing, not approval,” the leaflet says.

"The Works of Darkness" leaflet states that, "The deliberate killing of the baby in the womb is infanticide, is homicide, and those who perpetrate such an act are guilty of murder," and that, "Divorce wreaks havoc in society and is part and parcel of the plague of the 'one-parent family' which is a great evil."

It states that, "Homosexuality is not inborn, it is a development disorder, a traumatized condition arising out of a dysfunctional family, or it is a lifestyle choice. It is utterly opposed to the law of God and to nature, and should in no way be condoned or promoted."

"Christmas, Christ and AntiChrist," which was delivered in Cambridge last week, states that, “Christmas is the invasion by God into the world He created out of pure love; which through man’s evil has become a polluted landscape of de-humanized people, debasing themselves with their false gods and fetishes."

In his letter to Pink News, Brother Damon claims to have been arrested on nine occasions for leafleting, and despite this has brought his 2014 campaign to a “satisfactory conclusion.”

He closed the letter saying, "I wouldn’t be a good monk if I didn’t exhort you to repentance and conversion to Christ." So, would you consider "kleptomania" a neurosis and a pathological condition as well as theft being against the commandments?

I am not saying either condition is very sane. I am saying human society should judge acts, not "mental conditions". For one thing because judges want proofs of guilt before punishing, while psychiatrists tend to the obverse, they want proofs of sanity before releasing. Which is as backward in the order of the repression of evil, as sodomy is in the order of sexuality and procreation.

Margherita1/2/2015 12:37 am
God bless your small community Sr. Colette, tell Br.Damon that he will be in my daily prayers! I am a devout catholic, married with eight children and live in the province of Livorno, Italy. I was born in England, but having an italian father I've always considered myself more italian than english. I read about the arrest of Br Damon on the on-line italian catholic news press "Riscossa Cristiana". Fortunately here in Italy there are many associations defending the natural family and promoting christian morals.All catholics throughout the world must unite in prayer and speakout against the devil's plan to destroy the family which he puts into act using the parlaments throughout the world. Ciao Margherita.

Sr. Colette Roberts12/18/2014 10:46 pm
I am Sr. Colette, a hermit in the same small community as Br. Damon Jonah, and our third member Fr. Stephen. We are fully vowed Catholic hermits.
Although we used to live in Scotland we now live in England, and we are English including Br. Damon Jonah.
I am writing to give you more information. Br. Damon has now been arrested nine times, and five of these arrests are still active, (he is on bail to return for charging to the five different police forces.)
He expects that he will be sent to prison, he does not wish to go, but thinks that it may be God's will so accepts it. But he does wish to go to Court for a trial so that he can speak of God's moral law openly, publicly and loudly.
He is upholding God's Culture of Life, as opposed to the secular state's culture of death.
Please pray for him, that God will send the Holy Spirit upon him so that he may speak God's Truth clearly and boldly.
Thank you,
Sister Colette
×