The clergy, monks, nuns and laity of the Metropolis of Phthiotis met the news of decision of the Ecumenical Patriarchate of Constantinople to canonize elder Paisios the Athonite with ringing of bells of all the monasteries and parish churches, reports AgionOros.ru with the reference to Romfea. 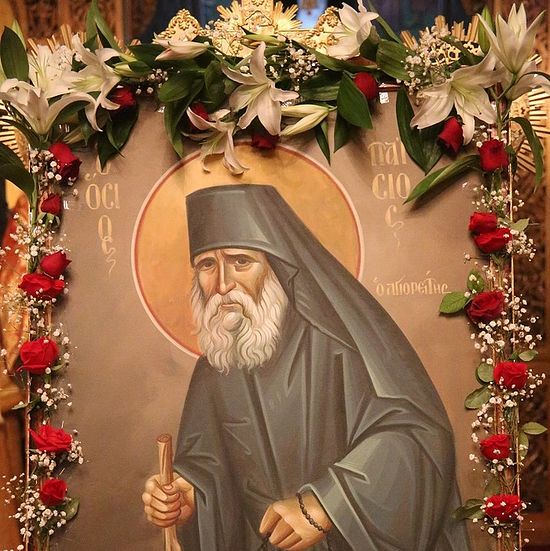 All the worshippers had an opportunity to venerate a large icon of Venerable Paisios inside the Annunciation Cathedral. 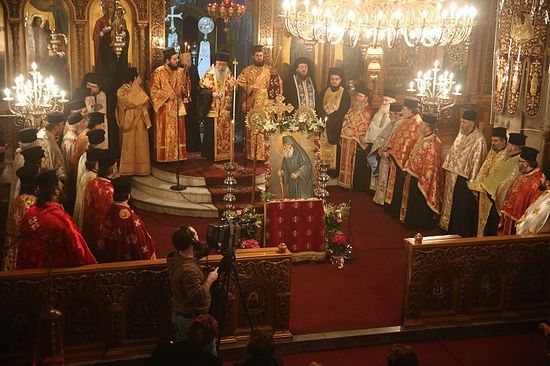 Metropolitan Nicholas of Phthiotis performed a thanksgiving service in the presence of an assembly of clergy and a great number of laypeople. 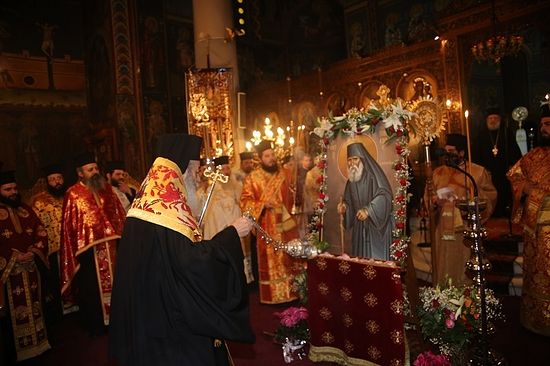 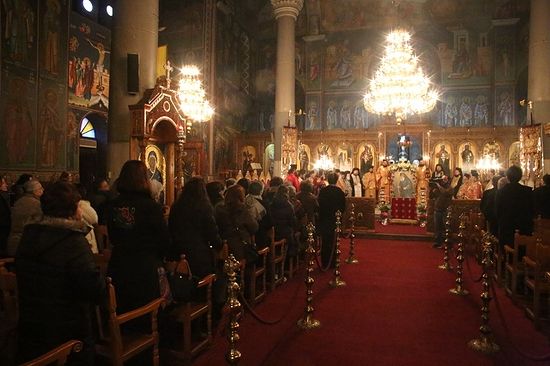 Residents of Phthiotis particularly venerate Holy Elder Paisios because it was here that He served in the army during the Greek civil war. 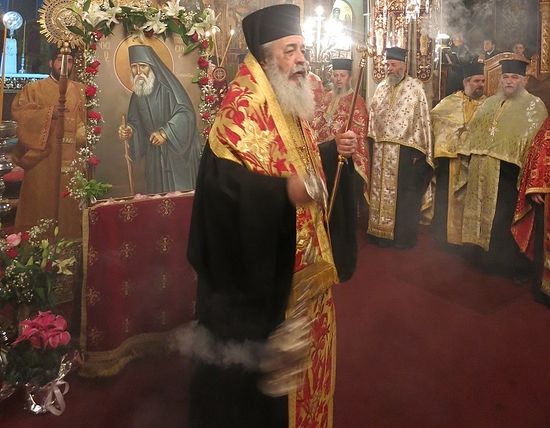 The Metropolitan has related that within a short time the Phthiotis Metropolis is going to organize numerous cultural events dedicated to elder Paisios, whom Metropolitan Nicholas as well as many clerics and laypeople personally knew and with whom they had close spiritual relations. 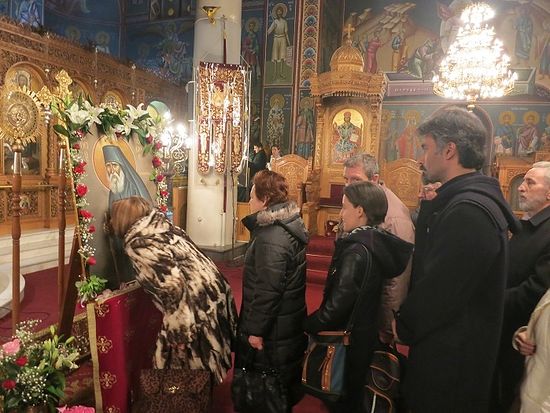 “In our difficult time, the canonization of this universal saint—Venerable Paisios—supports the people and sustains the hope for overcoming the ongoing moral and economic crises,” Metropolitan Nicholas said in conclusion.