Ancient monuments of Christian culture have been discovered in the sands of the southern desert of Saudi Arabia, reports the Linga portal with the reference to news agencies. 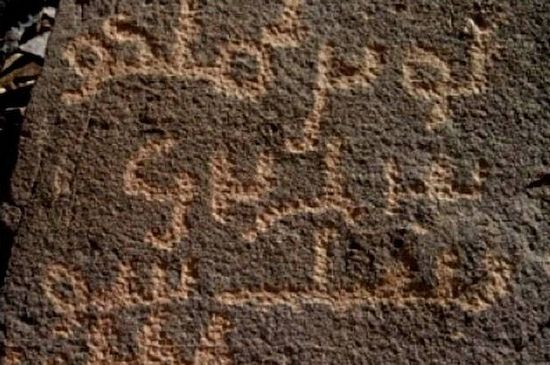 It is reported that a French-Saudi team of archaeologists carrying out excavations in the desert of the Najran region has discovered numerous inscriptions, carved on the Kaukab mountain around the 5th - early 6th centuries AD. Specifically, experts in the Nabataean language managed to identify the words “Murtad” and “Rabi”, mentioned in the so-called Book of Himyarites – the list of names of the Najran Martyrs who suffered for Christ in around 470-475 (but most probably c. 522) under the usurper Yusuf (Dhu Nuwas) the apostate, who converted to Judaism.

In addition to the names of martyrs, quotations from the Old and New Testaments as well as numerous Latin crosses are carved on the mountain. The total length of the inscriptions is one kilometer (0.62 miles).

The historians note that it has been known for a long time that Christians had been present on the Arabian Peninsula before the Muslim expansion. However, this find is one of the most ancient monuments of the Christian culture of South Arabia known to scholars.