In an underground tomb in Egypt, archaeologists have found what they think is an early image of Christ. A figure painted onto the wall appears to show a man with short, curly hair, wearing a tunic and a hand raised in blessing. 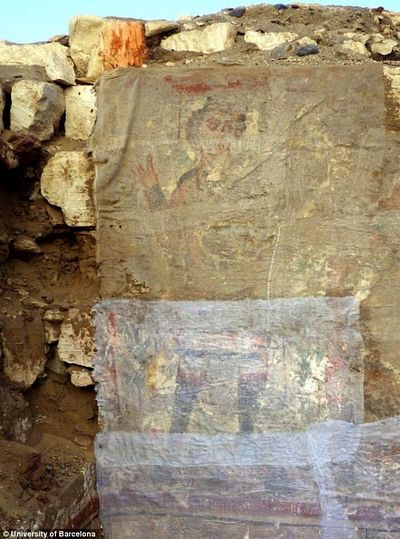 The image of Christ believed painted by early Coptic Christians.

The room, which was purposed as a tomb, held the bodies of several priests and one young man who was likely a scribe. The study of the scribe's remains suggest he was just 17 years old at the time of his death. He was buried with a number of writing implements including pens and a full well of ink.

The site was uncovered by Spanish archaeologists working in the ancient Egyptian city of Oxyrhynchus. The archaeologists have declared the fined "exceptional" and believe the site dates to the Coptic period of Egypt. 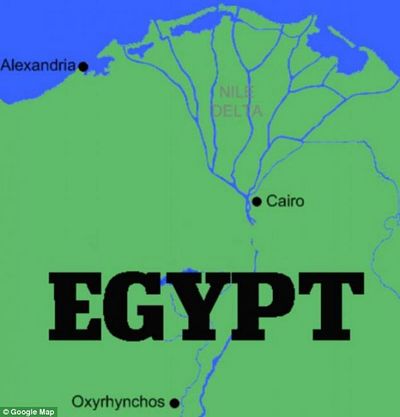 The location of Oxyrhynchus in Egypt.

Archaeologists say there are inscriptions around the figure which when translated may confirm the image of Christ as well as provide other clues to the use of the room or the people who are buried there. 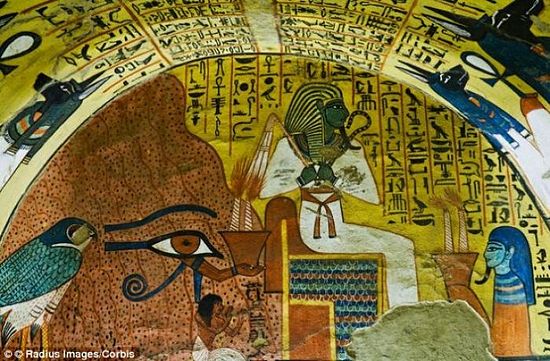 The site has a number of temples and tombs throughout.

The tomb is about 24 feet long and 12 feet tall, which makes for a sizable room. It may have been used for other purposes before it became a tomb for priests and a scribe. 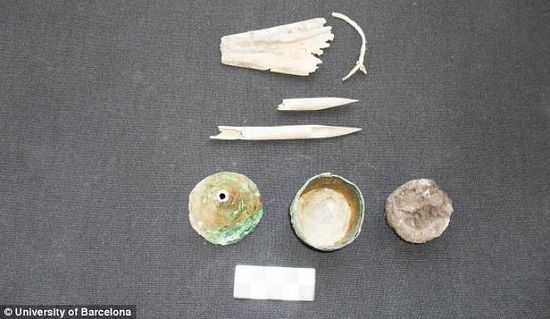 Tools of the trade: pens and an ink well were discovered with one body.

The town of Oxyrhynchus is known in the world of archaeology for the sheer number of papyrus scrolls found there. The town was a center of academics and learning at a time when Europe to the north was shattered into barbarian kingdoms and Islam had not yet emerged, or barely emerged in the east.

Several temples and tombs have been found in the area which was also an important worship center in the time of ancient Egypt. Elaborate tombs with hieroglyphics and classical Egyptian art are common.

The Egyptian government has said they will protect the site and preserve the early Christian artwork. About 10 percent of the Egyptian population is believed to be Coptic Christian. Iconography in Ancient House Churches
Gabe Martini
Orthodox worship and devotional piety is best understood when it is approached from the standpoint of Christened temple (and synagogal) worship. Christ did not come to abolish the law and the prophets, but to fulfill them, and it is in him that we understand the fulfilled worship of Orthodox Christianity—an icon of the heavenly worship.