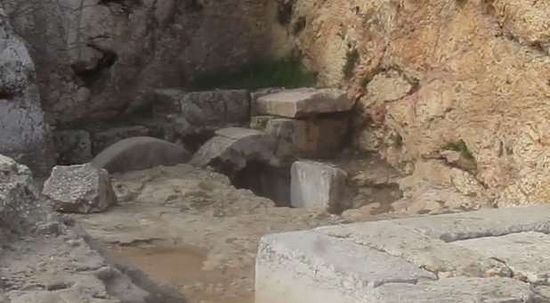 A few years ago, people exploring caves outside Jerusalem came across the find of a lifetime: an ancient burial cave containing the remains of a crucified man. This find is only one in a series of finds that overturns a century-old scholarly consensus.

That consensus held that the Gospels are almost entirely proclamation and contain little, if any, real history. The remains belonged to a man who had been executed in the first century A.D., that is, from the time of Jesus.

As Jeffrey Sheler writes in his book Is the Bible True? the skeleton confirms what the evangelists wrote about Jesus' death and burial in several important ways.

First, location—scholars had long doubted the biblical account of Jesus' burial. They believed that crucified criminals were tossed in a mass grave and then devoured by wild animals. But this man, a near contemporary of Jesus, was buried in the same way the Bible says Jesus was buried.

Then there's the physical evidence from the skeleton. The man's shinbones appeared to have been broken. This confirms what John wrote about the practice of Roman executioners. They would break the legs of the crucified to hasten death, something from which Jesus, already dead, was spared.

This point is particularly noteworthy, since scholars have long dismissed the details of John's Passion narrative as theologically motivated embellishments. Another part of John's Gospel that archaeology has recently corroborated is the story of Jesus healing the lame man in John 5.

John describes a five-sided pool just inside the Sheep Gate in Jerusalem where the sick came to be healed. Since no other document of antiquity—including the rest of the Bible—mentions such a place, skeptics have long argued that John simply invented the place. But as Sheler points out, when archaeologists decided to dig where John said that the pool had been located, they found a five-sided pool. What's more, the pool contained shrines to the Greek gods of healing.

Apparently John didn't make up the pool after all. The dismissal of biblical texts without bothering to dig points to a dirty little secret about a lot of scholarly opinion: Much of the traditional suspicion of the biblical text can only be called a prejudice.

That is, it's a conclusion arrived at before one has the facts. Scholars long assumed that the Bible, like other documents of antiquity, was essentially propaganda, what theologian Rudolf Bultmann called "kerygma" or proclamation.

But this prejudice does an injustice to biblical faith. Central to that faith are history and memory.

Christians believe that God has acted, and continues to act, in history. For us, remembering what God has done is an act of worship—something that brings us closer to God.

Thus, while these discoveries in the desert may come as a surprise to some skeptics, they're no surprise to Christians. While archeology alone cannot bring a person to faith, these finds are an eloquent argument for not dismissing the truth of Scripture before at least examining the evidence, because, as we are learning every day, Jesus meant it when He said, "The very stones will cry out."

Site of Jesus’s Trial May Have Been Uncovered in Jerusalem
Archaeologists have announced they may have uncovered the precise location of Jesus’s trial, and it’s not along the traditional Via Dolorosa path.