The film 50 Shades of Grey, will not be released in the Chechen Republic, reported Madina Ayubova, representative of the Kinostar cinema network, to TASS. 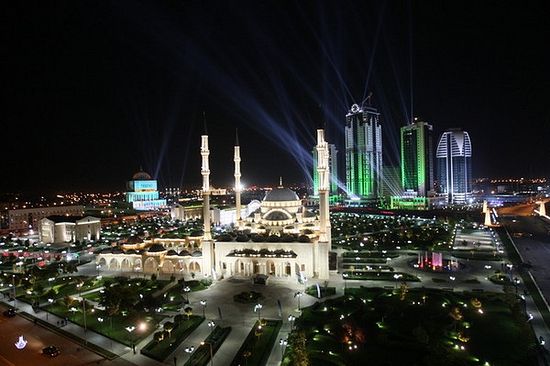 “This film will not be shown in our cinemas as most of its contents contradicts the mentality and religious beliefs of the majority of the republic's population,” Ayubova said.

A spokesman for the second popular Chechen cinema network, Chernaya Zhemchuzhina (the Black Pearl), noted he could not confirm the ban of the film in their cinemas and added that the film's release was unlikely. There are no other cinema networks in the republic.

The only cinema in the Ingush Republic, Druzhba (“Friendship”), has refused to show this Hollywood melodrama for moral and ethical reasons as well, reported Mahomet Amin Yevloyev, director of this private cultural institution, to TASS.

The day before the Spiritual Board of Muslims of North Ossetia spoke out against showing of this movie on the territory of the republic. Also, according to a representative of the Republic’s Civic chamber, in the near future the Prosecutor General’s Office of the Russian Federation will receive an appeal with a request to inspect the film for pornographic material. “Whatever the response to our appeal, we are calling on the managers of North Ossetian cinemas to show their social responsibility, to renounce any possible financial benefit and not to participate in showing this scandalous film on the territory of the Republic,” said the activist.

In the Krasnodar territory representative of the Pravoslavny Soyuz (“Orthodox Union”) organization on Monday spoke out against release of 50 Shades of Grey. On Tuesday the region’s ministry of culture noted that the present legislation did not allow banning this movie and recommended the cinemas to control the age of those buying tickets on this film.

The film, 50 Shades of Grey, by the American director Sam Taylor-Jonson, is to be released in Russia on February 12. On December 29, 2014, it was registered by the Russian Federation’s ministry of culture in the national registry of movies. A distribution certificate was issued to the film with a viewing restriction for children (18+).