A photograph that has appeared in the Greek media shows Elder Tikhon (Golenkov) in the center foreground, receiving monks from the Brotherhood of St. Josaph inside the cell of Exaltation of the Holy Cross, reports AgionOros.ru. 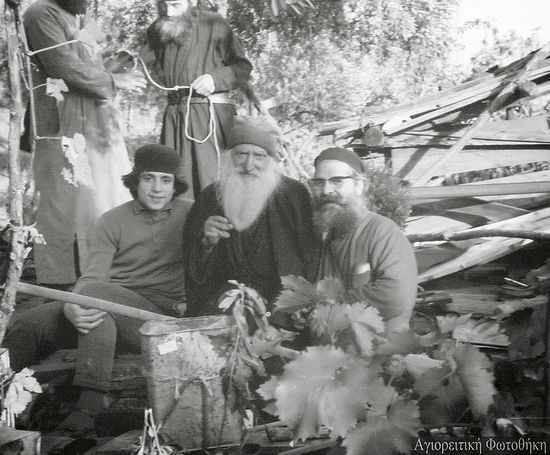 Elder Tikhon’s disciple, St. Paisios, can be seen on the photograph in the background (he is taking water from a cask to offer to the guests). 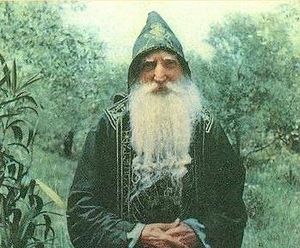 The Russian Orthodox Athonite Elder Schema-Hieromonk Tikhon (Golenkov, 1884-1968) was an ascetic from Mt. Athos, and father-confessor to St. Paisios the Athonite (Eznepidis, 1924-1994).

Elder Tikhon was born in 1884 in the Russian Empire, in the village of Novaya Mikhaylovka (situated on the territory of present-day Volgograd region). At age 24 he arrived on Holy Mt. Athos, where he spent the remaining 60 years of his life in unceasing prayer and repentance. For all the Orthodox Christians he was an example of a true Christian and monk who already in his lifetime acquired the Holy Spirit, and his relics were shown to be incorrupt. The font in which the future Elder Paisios was baptized has been returned to a museum
On this photograph you can see the stone font which became the place of spiritual birth of the future elder Paisios from Venerable Arsenios into the eternal life.