The Third Week of Great Lent

We know that everything we have as a people, as personalities, is formed not only an account of the influences on us of our surroundings, but also on account of what is part of our nature. We call this inheritance. We inherit specific traits, qualities, and even external features—children look like their parents. But this happens because in every cell of our organism there is one molecule called DNA, and this molecule contains information connected with the life of former generations. We call this inherited information. And if we destroy the DNA or change it, colossal damage will be done to the human organism. Man looses his connection with preceding generations, with his father and mother; his personality will be destroyed, and in a certain sense, history will be destroyed. 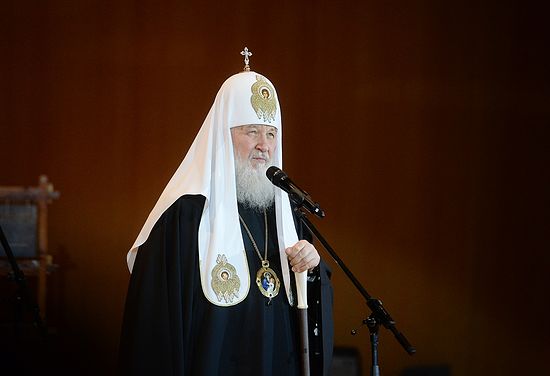 It is the same with books: they bring information to us from the past; they are the bearers of a certain heritage. And it is just as dangerous to destroy the spiritual code of mankind as it is to destroy or change the DNA molecules in a person’s cells.

I would very much like for everyone who takes a book in hand to understand that one kind of book can strengthen our heritage—and that means our strength—while another can destroy it. We have instituted the day of Orthodox books in order to emphasize our connection with the works of the first book printer Ivan Feodorov, with the works of many others who have preserved this moral, spiritual heritage in the lives of both our own people and of all mankind.

May God grant that today also, in partaking of the reading of books or receiving information through the television and Internet, both children and adults would be able to answer the question: Will this book and this information destroy my spiritual inheritance, will it break me off from the life of my parents, my ancestors? And if the answer is yes, that that book disrupts this inheritance, it is better to set it aside, better not to read it. Because it is very important for all of us, in order to be strong as individuals, as a country, and as a people to preserve this spiritual connection with our historical past, in which the culture and spiritual character of our people was formed.

From a word to the young viewer and their parents
at the children’s festival, “Day of Orthodox Books”
in the Christ the Savior Cathedral, Moscow, March 12, 2015 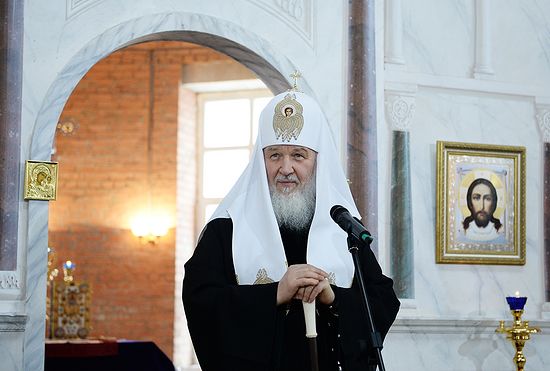 Success is gained through the power of ascetic labor

Success is gained through the power of ascetic labor. Here is but one example. You here are training in sports. What energy do athletes put into winning even a fraction of a second! What nights out, what temptations, what sweet pies, if you will, do they forego just to keep themselves in shape? But after all, these restrictions are little ascetic labors. Therefore the ascetic labor of self-restriction, the ability to choose the difficult path is the thing we cannot avoid on the path to success.

From a word to the teachers and students
of St. Basil the Great School,
Odintsovo region near Moscow,
March 12, 2015

Orthodox tradition preserves divinely revealed teaching in its unaltered form, fills our lives with meaning, and allows us to establish good relations with all the peoples of Russia and historical Rus’, with everyone who is ready to live with us in peace and mutual association.

And that Russia is a great, multi-national state is to a large extent determined by moral and spiritual established practices of Orthodoxy, which categorically forbade the suppression of freedoms of those who confess another faith. Orthodoxy always stood in defense of its people against various forms of external spiritual aggression, be it from Teutonic knights or from some more subtle propaganda of other views, including religious views. Orthodoxy stood in defense against so-called proselytism, but it never incited its people, never pushed them to deprive other peoples of their freedom of religious confession. And this experience of religious tolerance was placed in the foundation of the formation of a multinational state. 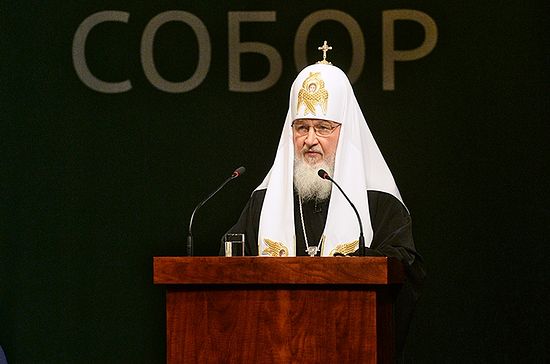 We know that today also, if we look at the catastrophe that is happening in our fraternal Ukraine, the religious roots of the current conflict show themselves pretty clearly. Those politicians who ignore the religious factor in state affairs make a great mistake. Just as it is often a constructive and in many respects decisive factor in the formation of human community, so can it also be destructive. And history testifies to this.

The role of Orthodoxy consists in the Orthodox Church having never persecuted those of other religions, but at the same time strictly and vigilantly defending its own people from any spiritual aggression.

The spiritual dimension of human life

Just as it we cannot ascribe more significance to the stones that lie on the earth than to the spiritual state of people who live on it, so also, we can not subject the spiritual dimension of human life to exclusively material interests.

Russia offered to mankind the principle of equality among peoples

In attaining victory over Nazism, our people played a decisive role not only in the physical but also in the spiritual sense. Striving for centuries to live according to the law of truth and goodness, precisely Russia offered mankind the principle of equality among peoples, without ruling metropolises and oppressed colonies. From the time of our victory in 1945, this principle received acceptance throughout the world, and became the true value common to mankind.

From a word at the plenary meeting of the
First Kaliningrad forum of the All-World Russian People’s Council
“The Borders of Russian Statehood:
global challenges, regional answers,
Kaliningrad, March 14, 2015 Patriarch Kirill: “Today we are particularly praying for families”

Patriarch Kirill: “Today we are particularly praying for families”
"We hope that the Lord through our feeble prayers will show His mercy on relatives and children alike, helping them, among other things, apprehend the great wisdom which is passed on to us by the Holy Scriptures, cherished by the Church."