In his interview with the Paraskinio Greek newspaper Metropolitan Nicholas of Fthiotida has commented on the relations established between the Greek government and the Orthodox Church and has noted that uncontrolled immigration poses a threat to Greece, reports AgionOros.ru. 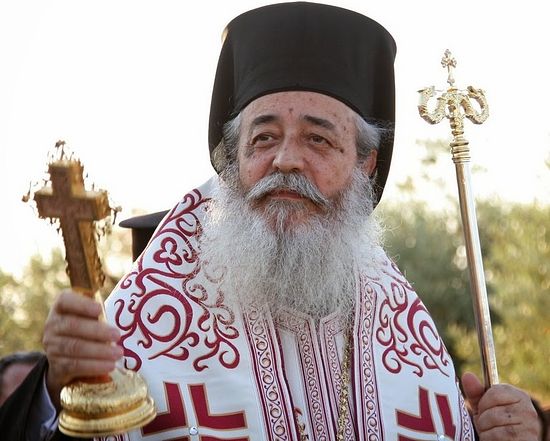 Answering the question, “have the relationships between the Church and the state changed since formation of the new Greek government?” Metropolitan Nicholas said the following:

“Despite what they said during the election campaign and the position declared by the Syriza ruling party, the relationships between the Church and the state have not worsened. We are collaborating with this government no less than with the previous one. It is obviously explained by the fact that the Independent Greeks party is a part of the governing coalition, and it declares its opposition to the separation of the Church and state”.

Metropolitan Nicholas has stressed that “today the Church representatives are waiting. They do not believe that radicals in the government will accept the status quo. I want to emphasize that the process of separation of Church and state started many years ago and is being realized cautiously and step by step, with the Church’s consent on many issues”.

In conclusion, the hierarch touched upon the problem of uncontrolled immigration: “I am seriously concerned about the superficial and irresponsible attitude of Greek society towards the incursion of immigrants into our country. When the flame blazes up, it will be already too late to respond. The pseudo-intelligentsia is lulling our vigilance with “the anti-racist lure”, but we will wake up when the fire of catastrophe breaks out around us. Who could think that in the 21st century Christians would be persecuted by Muslim extremists and their suffering and torments would be like those of the first Christians?” the Metropolitan said.