The citizens of the Ukraine, both believers and non-believers, should find strength to resist the diktat of a bunch of extremists who are imposing their will on the people around, said chairman of the Synodal Information Department of the Russian Orthodox Church Vladimir Legoida to RIA-Novosti, commenting on the prohibition of the authorities of the Ukrainian city of Sumy to hold an annual procession of the cross on the feast of the Theodorovskaya Icon of the Mother of God (March 14/27). 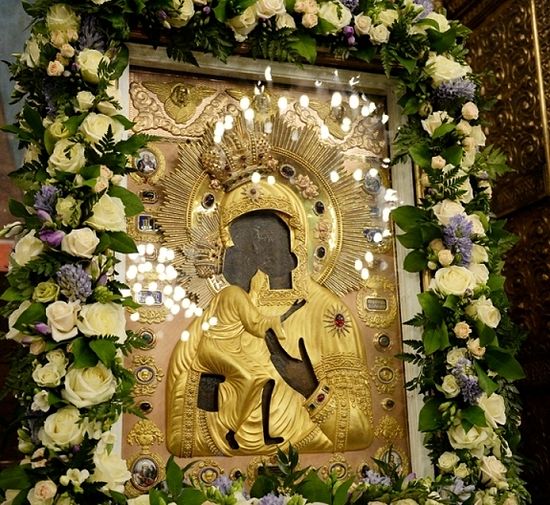 As became known earlier, the Sumy authorities had prohibited the faithful from the Ukrainian Orthodox Church (UOC MP) to arrange the large-scale cross procession on the feast of this icon, referring to it as to “a political event”. One of the reasons for the ban was the fact that the Theodorovskaya Icon of Holy Theotokos is closely linked to the Russian Empire, as it is considered to be one of the greatest shrines of the House of Romanov. This very fact, in the politicians’ view, may become excuse for provocations.

“The decision of the Sumy authorities – prohibition to hold a traditional cross procession – can only be interpreted as intimidation. Humanly speaking, fear of the city executive committee members to support arranging the cross procession can be understood, since armed extremists lie behind the proposal to ban the event. Naturally, the authorities fear for themselves and for their relatives who may fall victims of opponents of their favorable decision. But, nevertheless, this incident is evidence of a paralysis of the power,” the Russian Orthodox Church representative stressed.

He has reminded that the ministry of the Ukrainian Orthodox Church of the Moscow Patriarchate “has nothing to do with any politics”.

“Apparently, the consistent peace-making efforts of the Church make It an easy target for those who are not used to meet with a fitting rebuff and are content with attacks on the defenseless,” said the chairman of the Synodal Information Department in conclusion.