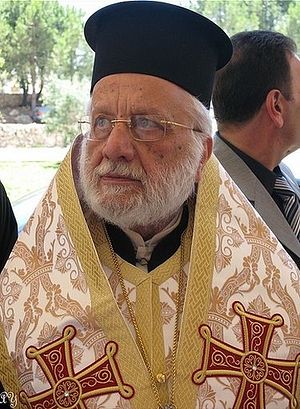 Pascha means passage. The Pascha of the Jews is their passage from Egypt, the land of slavery, to the Promised Land. Christian Pascha is people's passage from sin to righteousness through the death and resurrection of Christ. That is, through your faith in this death and its efficacy. In our liturgical life, we do not make a distinction between Good Friday and Easter Sunday. It is three mutually-completing parts. You transcend the duality between Christ's death and resurrection in the services because you do not recall the death and linger there. You constantly leap from the Savior's crucifixion to his resurrection. It is worth pointing out that if Eastern Christians mention the death of the Teacher in prayer, they immediately speak of the resurrection. Hear the tones and words of the resurrection in the prayer of Good Friday.

In our liturgical practices, Pascha is from Good Friday to Sunday and if "Pascha" means passage, then all of it is the passage of the Lord from death to life. It is striking to me that, in the Orthodox Church, if you are a practicing believer you greet your friend with "Christ is risen" and he responds "indeed He is risen" for the fifty days after Pascha. Every practicing Orthodox child knows to greet his friends from Pascha until the Thursday of the Ascension by saying "Christ is risen." If an Orthodox person dies between Pascha and Ascension, a paschal funeral is held, with chants and praises of the resurrection. The priests do not wear black robes in the prayer and in the text and music you can't distinguish the funeral prayers from wedding prayers. All of us, in life and death, are brides of Christ.

Do you truly believe on account of this that you are risen from the dead? Have you believed that partaking of the Lord's body every Sunday is your resurrection or do you still feel that sin keeps you in death? Is the resurrection only a commemoration of the Savior or has it become your true life? Is Pascha a feast or the reality of your soul? Are you a person of Pascha? The unbeliever Nietzsche wrote, "Show me Christians risen from the dead and I will believe in their Savior." Do you not wish to challenge Nietzsche and demonstrate to the fullest that even as you are alive, you have been enlightened by the light of Christ? The Joy of Orthodox Pascha
Wesley J. Smith
“Pascha?” I asked. “What’s Pascha?”The man chuckled and said, “You know it as Easter.” He then spent ten minutes explaining why “Pascha”—the “new Passover” by which the entire human race passes from slavery to freedom under Christ—should replace “Easter” as the favored term for the celebration of Christ’s Resurrection.
Comments
×