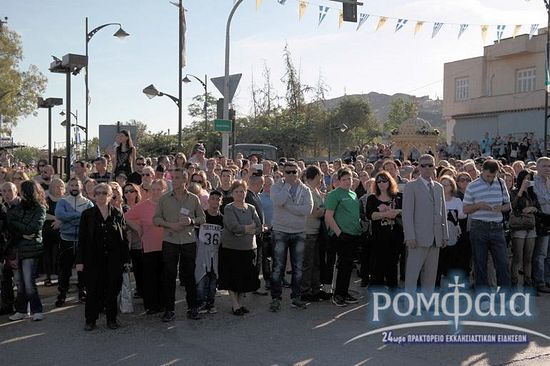 An influx of a great multitude of faithful to the holy relics of Greatmartyr Barbara has produced an immense impression on the Greek secular media. The journalists call the number of those willing to venerate the relics “unprecedented” and they are trying to explain the reasons for this phenomenon.

The relics of Greatmartyr Barbara are permanently kept at the Basilica of St. Mark (San Marco Cattedrale) in Venice and have arrived on the territory of an Orthodox country for the first time in 1000 years, reports AgionOros.ru. 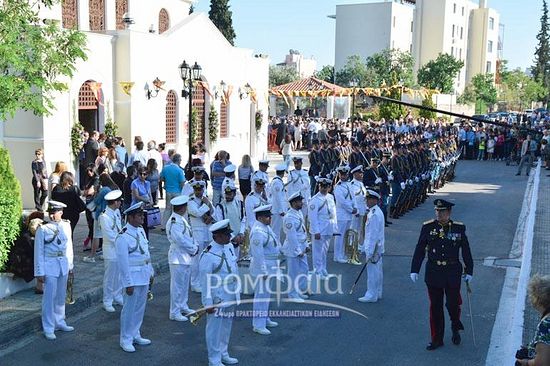 The relics were received in Greece with state honors. This circumstance as well as a multitude of the faithful flocking to the relics have provoked a negative reaction among the Greek liberals. They are also displeased with the plans to bring the relics to a number of Greek hospitals.

“It upsets them that a huge amount of people are flocking to the relics. They should understand they have failed to uproot the faith from the hearts of Greeks and will never succeed in it,” stressed Metropolitan Makarios of Sidirokastro. Commenting on the outrageous statement of N. Phylis, member of the ruling Syriza party, who described what is going on as “a relics trade”, the metropolitan said: “Had he taken the liberty of saying similar things to Muslims, he would simply have been killed. It is inadmissible to insult the Orthodox faith, established on the sacred bones of our forebears.” 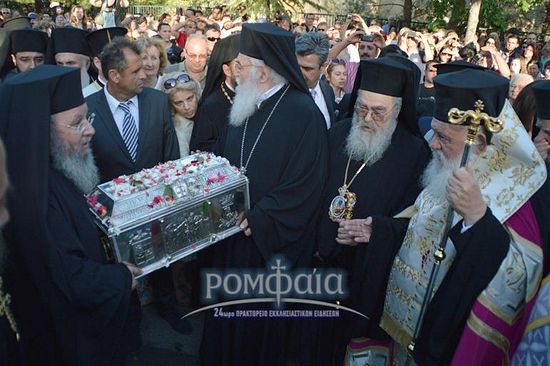 The To Potami (“the River”) Greek liberal pro-European party has made harshly anti-Orthodox statements. The party leader, Stavros Theodorakis, earlier already made critical remarks about bringing the Holy Fire to Greece; and now, once again, he has ventured to comment with much irony on the visit of the St. Barbara’s relics to the state.

In her turn, spokeswoman for the Independent Greeks party (which joined the government coalition led by Syriza in January this year) Marina Chrysoveloni has commented on the statement by the To Potami leader. She has expressed her indignation at the behavior of the politician who, On the one hand, is defending the rights of the Muslim minorities, and, on the other hand, “is ridiculing the Orthodox faith: this position is based on the destructive pseudo-progressive policy and national nihilism”.

James5/16/2015 12:53 am
It is heartening to see the devotion of the Orthodox people to Saint Barbara. May God bless all of you through her intercession.