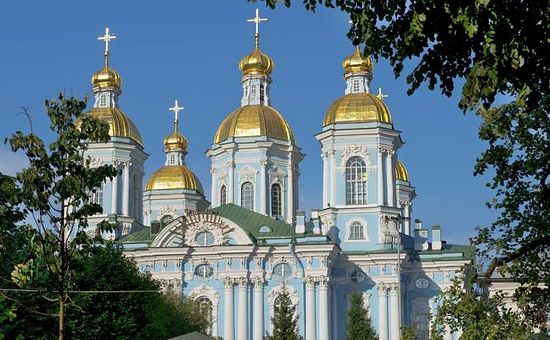 Churches that have deemed homosexuality morally acceptable have rejected Christianity and are preparing their followers to accept the Anti-Christ, according to one of the leading figures in the Russian Orthodox Church.

His statement came as the Russian Orthodox Church announced that it is ending "formal contacts" with the United Protestant Church of France and the Church of Scotland over those churches' abandonment of traditional Christian sexual morality. In its statement, the church said ecumenical dialogue was pointless after France's United Protestant Church last month voted to allow pastors to officiate at same-sex "marriages" and the Church of Scotland approved ordaining clergy who are in same-sex civil unions.

"The Russian Orthodox Church holds the firm position based on Holy Scriptures and has repeatedly declared that [homosexual 'marriage' is] inadmissible for moral teaching," the statement reads. Churches that offer to "marry" homosexuals "trample upon the principles of traditional Christian morality."

The statement explains that over a period of years, the Orthodox Church has shared her concerns with these Christian bodies and warned of ecumenical consequences if they adopt same-sex "marriage."

"Regrettably, the words of warning have not been heard," Orthodox officials concluded.

Following the decision, the Very Rev. Fr. Dimitry Smirnov – the chair of the Russian Orthodox Church Commission for Family, Protection of Motherhood and Childhood – told one of the leading Russian television stations the new moral teachings place these liberal denominations beyond the pale of Christianity.

"We separated ourselves from them as from the plague, as it's contagious,” he said. “The Russian Orthodox Church cannot support with its authority something that is just an iniquity from the Biblical point of view.”

“These are not Christian communities anymore. This is another community with its own distinct name of 'LGBT.' Its future is simple and clear – the 'fire of Gehenna' – this is just what the Holy Scripture says,” Fr. Smirnov said.

By rejecting the Christian faith's immemorial teaching on sexual morality, “the former Christian peoples are preparing themselves for the solemn reception of the Anti-Christ."

His Holiness Patriarch Kirill of Moscow has stated many times that gay “marriage” is incompatible with Christian teaching.

The Chairman of the Moscow Patriarchate's Department for External Church Relations, Metropolitan Hilarion, explained, "The legalization of same-sex cohabitations, tolerant attitude to euthanasia and prostitution, disruption of the centuries-old institution of marriage and family, pose a clear threat to the future of humanity."

Archpriest Jason Kappanadze of the Orthodox Church in America, the "daughter" church of Moscow, called the Moscow Patriarchate's move "an appropriate statement of moral clarity," noting that "certain Protestant denominations that have crossed the line away from Christianity...making further dialogue impossible."

Kappanadze was careful to point out that the reason for Moscow's decision is not hatred but its care and concern for the well-being of all. "We stand with firm love for the salvation of our fellow human beings!"

Fr. Jacobse said the Russian Orthodox Church is concerned with the long-term societal effects of sanctioning homosexuality. "The Russians have always been brilliant long term thinkers," he told LifeSiteNews. Orthodox leaders believe that legalizing same-sex "marriage" "will change our understanding of who God created us to be, and that will have destructive ramifications for society down the road."

The Russian Bishops’ Council of 2013 explained that "Dialogue with confessions which openly defy the Biblical moral norms is impossible." The Church's Department for External Church Relations "does not see any prospects in maintaining official contacts" with such groups.

Noting a tragic liberal trend throughout the Protestant world and implying there may be more severing of ties to come, the Moscow Patriarchate statement read, "We regretfully acknowledge, that today we have a new divide in the Christian world, not only regarding theological subjects, but regarding moral issues as well."

The Russian Orthodox Church previously cut ties with The Episcopal Church in the United States in 2003 after it consecrated an open, practicing homosexual as bishop. Two years later, it severed its ecumenical relationship with the Swedish Lutheran Church after it sanctioned ceremonies for same-sex civil unions in 2005.

The bishops of the Orthodox Church in America, which together are called "the Holy Synod," have made several public statements against homosexuality. "Homosexuality is to be approached as the result of humanity’s rebellion against God, and so against its own nature and well-being," one such synodal statement from 1992 explained. "It is not to be taken as a way of living and acting for men and women made in God’s image and likeness."

Those suffering from same-sex attraction are to be treated in the Orthodox Church with compassion.

"Men and women with homosexual feelings and emotions are to be treated with the understanding, acceptance, love, justice and mercy due to all human beings," the bishops said. "They are to seek assistance in discovering the specific causes of their homosexual orientation, and to work toward overcoming its harmful effects in their lives."

However, homosexuals "who still want to justify their behavior" are barred from Holy Communion, "since to do so would not help, but harm them." Gay Marriage and the Houston Gay Rights Ordinance
Fr. John Whiteford
We, the Orthodox clergy of Houston and Southeast Texas, are compelled by our responsibilities before God to speak out plainly against the rebellion against God's created order that we see being waged on both the local and national level. Making Differences Disappear: The Evolution of Science on Same-Sex Households

Making Differences Disappear: The Evolution of Science on Same-Sex Households
Social science was never going to save marriage’s male-female infrastructure. What it can do—if the narrative the data reveals isn’t manipulated—is reveal what is really going on. Let Your Yea Be Yea and Your Nay Be Nay
Sergei Khudiev
There are questions which we cannot avoid and from which we cannot hide in a fog of rhetorical questions and vague allusions. Basically, there is the question of whether single-sex cohabitation is a sin which separates people from the Church, or not.
Comments

Joseph8/30/2019 9:58 pm
Tyler: It would be good for you to talk to an Orthodox priest about your confusion. We are all sinners, and we all keep falling and getting up again until the end of our lives. But it is not possible to receive remission of our sins without the sacrament of confession, and a sincere desire to change. Through the grace and power of the Sacraments, it is possible for any person to be reconciled with Christ. We have the parable of the Prodigal Son to prove this--Christ Himself said that the Father is ready to receive his son with open arms when he comes back to his Father's house with humility and repentance.

Tyler8/30/2019 7:47 am
Hi, I'm in a confusing place in my life right now, I cant seem to stop sinning, even after I pray to the lord, I say I repent but I fail to discontinue in my sins, I may go a while without them but then I fall back into them. Is my faith in christ alone enough to save me? And if I must stop sinning completely am I already doomed without hope? I dont understand grace if the only thing different between judiasm and christianity is the name jesus christ. Does he save us or must we save ourselves? Please, I only ask these questions because I fear jesus, I fear not being accepted by him. I have evidence of the work of the holy spirit in me but if I'm wrong then I am delusional, please help.

Judy burke6/18/2015 6:39 pm
Amen and amen. Thank you for this timely update. As a believer in Jesus Christ, I appauld your faithfulness and courage to uphold the teachings of Scripture and all that God has ordained in His Word. We need to continue in the teachings of God and not man and the Adversary.
×