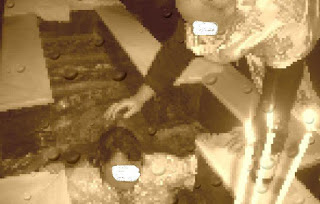 Eleven Turkish citizens, among them a famous Turkish actor, were baptized in May 2015. The baptism was celebrated by the Metropolitan of Attica.

The [original] 13 muslim men and women (between the ages of 30 and 40) were impressed by the beauty of the Orthodox monuments of the island [of Chios], and on their return to Turkey, they decided to read and generally learn about Orthodox Christianity.

This led to them asking a priest to undertake their catechism with the intention of converting to the Orthodox religion.

The clergyman, with the blessing of the Metropolitan of Chios, invited a veteran priest from Attica with whom the muslims jointly received catechism. The thirteen Turks made frequent trips to Chios, where the priests always awaited them for their catechism. This beautiful spiritual relationship lasted about three years!

And at a certain point came the fullness of time. The catechists determined the catechumen Turkish citizens were ready to formally join as members of the Orthodox Church.

So a few days ago, according to news sources, a church in Attica scheduled them for the Mystery of Baptism. Of the thirteen, however, only eleven made it to the font (five men, six women), after two failed to get a visa.

Dozens of the faithful followed the Sacred Mystery, and respected the request of the Bishop and the newly-illumined to not capture the ceremony photographically.

The name of the Turkish actor was not made public. Armenian Muslims living in Turkey are returning to Christianity
According to the famous Agos Armenian weekly newspaper published in Istanbul, the cases of conversion of Armenian Muslims to Christianity, which are becoming more frequent, indicate that they (Armenians) have preserved their ancestors’ faith deep in their memory.
Comments
×